We live in a global world which means we need powerful connection points. Without a doubt, compelling media offers one such opportunity. Moreover, children across the world can easily connect to others through film. 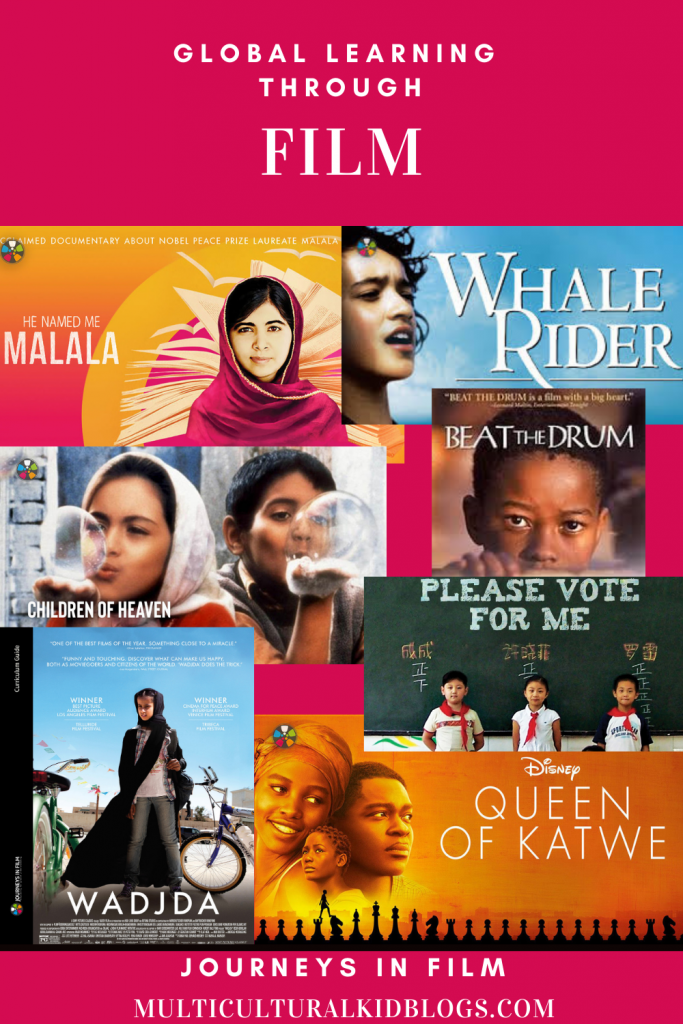 As a filmmaker and teaching artist, I often use film with my own children and with students. Certainly, an engaging film pulls viewers into the world of another. Additionally, film builds empathy and exposes viewers to experiences and places they are unable to visit.

Journeys in Film is an organization committed to empathy, inclusion and culturally responsive teaching through film. Their resource library features FREE curricula and discussion guides for a wide array of films. Furthermore, many of these films take children around the world as they step inside the experiences of other children. Here are some of my favorites.

Films to Explore the World

I love all the films on this list. However, one of my favorites is Wadjda, which is available on Netflix.

Too often, the Middle East is underrepresented in the international media landscape. This is especially true in the United States. Additionally, representations often focus on damaging stereotypes. Wadjda counters that. It is a funny, romantic drama about a 10-year-old girl’s simple quest to buy a bike so she can race against a friend. The film’s director, Haifaa Al-Mansou, is the first woman director of Saudi Arabia. The Journeys In Film curriculum for Wadjda includes a lesson focused on Haifaa Al-Mansou. As youth learn about Haifaa, they will certainly find inspiration. Like the film, Haifaa’s is a story that highlights the value of pursuing one’s dreams, even against challenging odds.

Many films in the Journeys In Film library are based on memoirs or novels. This offers additional opportunities for learning and exploration. For example, my 11 year-old watched the film The Boy Who Harnessed the Wind. Then, he read the book that inspired the film. After that, he researched William Kamkwamba’s real life. Finally, we explored the similarities and differences between these three media representations of William’s experience.

Through film, the expanded curricula, and the discussion guides that Journeys provides, youth can increase their understanding of various cultures and places around the world. Additionally, films can improve media literacy and facilitate an appreciation for storytelling. These are invaluable qualities in a world full of both media saturation and global connection.

Multicultural Music and Media – Our Experience with Home-Schooling

The Benefits of Virtual Drama for Multicultural Kids