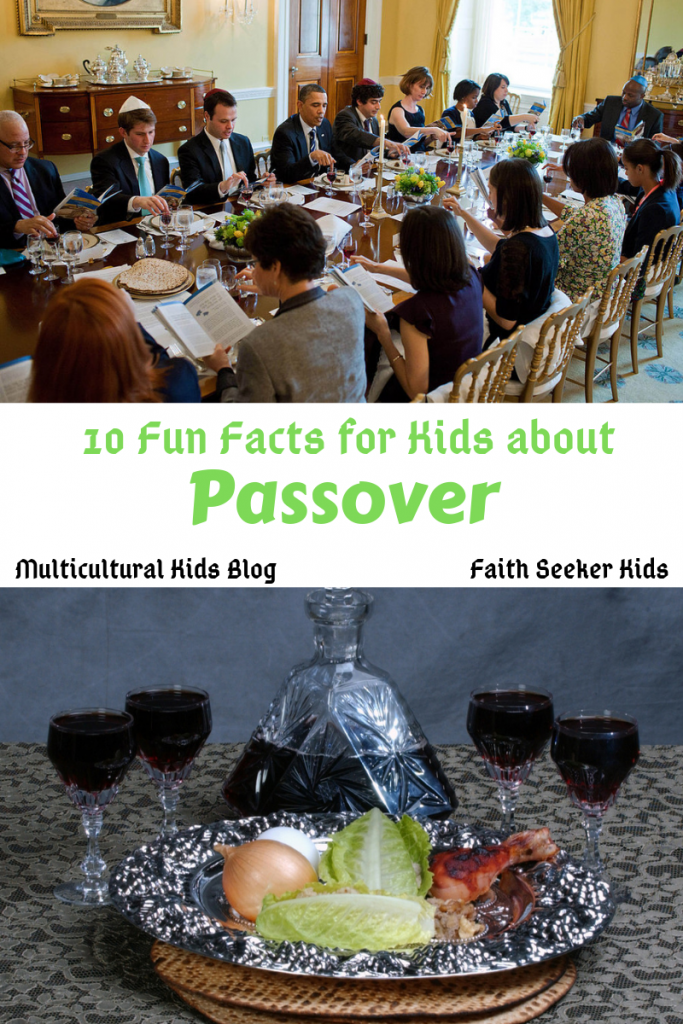 Passover is probably the most widely-observed spring holy day in the Jewish tradition. It celebrates the story, told in the Biblical book of Exodus, of the Hebrew slaves escaping from Egypt. The “pass over” part refers to G-d guarding the homes of the Israelites during the 10th plague when the angel of death killed the first-born sons in Egyptian households.

But Passover, known as Pesach in Hebrew, is a rich holiday, full of many interesting tidbits. And some of them are especially fun for kids!

Fun Facts for Kids about Passover

#1…The Youngest Child Gets the Honors

The script for the Passover meal includes Four Questions. The four answers highlight why Passover night is so special for the Jewish people and why this particular meal is different from all others. The questions are usually recited by the youngest child who is able.

A widely-practiced ritual during the seven or eight days of Passover is abstaining from “chametz,” which means “leavened.” Chametz includes anything made with grains that have been combined with water and allowed to ferment/rise. So… no cakes, cookies, pizza, pasta, or beer. Jews eat matzah, instead – unleavened bread that is really more like a cracker. Observant Jews actually remove all chametz from their homes during Passover. Click here for a short video about a Jewish family doing a fun “chametz search” with their young son.

The Passover meal, called a seder, is a ritual feast on the first night (or two) of the Passover holiday. The seder plate includes six symbolic foods consumed at prescribed times while the Exodus story is told. And, yes, that part is scripted, since the word “seder” means “order.” The seder in Kathmandu, Nepal claims to be the largest Passover meal with nearly 2,000 people in attendance.

To keep track of everything during the seder, a little booklet, called a Haggadah, is used. While certain sections, like the Four Questions and eating the symbolic foods, are part of the traditional Passover ritual, Jews are free to personalize their Haggadahs in many other ways. Some Haggadahs focus on modern-day social justice issues – like racism, gender inequality, and child labor. Other Haggadahs have been handed down in the family for generations. And some include elaborate images. The largest Haggadah collections contain hundreds, even thousands, of booklets, and many different versions can be bought online.

#5…Passover at the White House

President Barack Obama held the first Passover seder at the White House in 2009. He proceeded to host and attend seders during all his years as President. To highlight the similarities between the Exodus story and the American civil rights movement, the Emancipation Proclamation, President Lincoln’s executive order that freed over 3.5 million slaves in 1863, was read as part of those seders.

During the seder, a piece of matzah is broken in two. The larger piece is called the afikoman – a Greek word meaning “dessert.” The afikomen is often wrapped up and hidden. When the seder is complete, the kids run around to find it. The successful player is given a small reward, and the matzah is shared with anyone who is still awake. Afikoman bag crafts are a great Passover activity for kids.

One of the symbolic foods on the seder plate is a sweet paste-like concoction, called charoset, that is made of fruits and nuts. Charoset’s dark color and gritty texture are meant to recall mortar – a mixture used to make bricks – because the Hebrews were forced to make bricks while they were enslaved. Jews in Gibraltar even add actual brick dust to their charoset! Click here for other interesting Passover traditions from around the world.

To help pets celebrate Passover, several companies sell Passover-friendly dog/cat food that contains no chametz (those disallowed grains). Corn is allowed during Passover, but it’s not great for your dog/cat, so some companies now share healthy, Passover-approved lists for observant pet-owners.

Believe it or not, the seder meal also includes drinking four glasses of wine. Two cups of wine are common at every Sabbath meal, but the other two cups are special for Passover. Usually, the fifth cup of wine is poured (and remains untouched) in honor of Elijah, the miracle-working prophet who did not die but left earth on a fiery, horse-drawn chariot. In more progressive-minded Jewish communities, a cup of wine might also be poured for Ruth, the loyal Moabite who converted to Judaism. Ruth’s cup is a way to honor the diversity of the Jewish people.

Passover is not just a spring festival; it’s actually a spring harvest festival. Barley is the first grain to ripen in the Land of Israel, so Passover was celebrated at the same time the barley was offered at the Temple of Jerusalem. In ancient times, if the barley was not yet ripe, or spring was not yet imminent, extra days would be added to the calendar, and Passover would be held on a later date. Click here for more on the history of Passover and its relationship to the harvest.

We hope you enjoyed these fun facts about Passover for kids. Like any holy day that’s been celebrated all over the world for centuries, there are some interesting variations in how the holiday is observed. In general, though, Passover is a great holiday to share with kids. Just ask your Jewish friends!

Passover celebrations around the world

10 Fun Facts for Kids About Purim 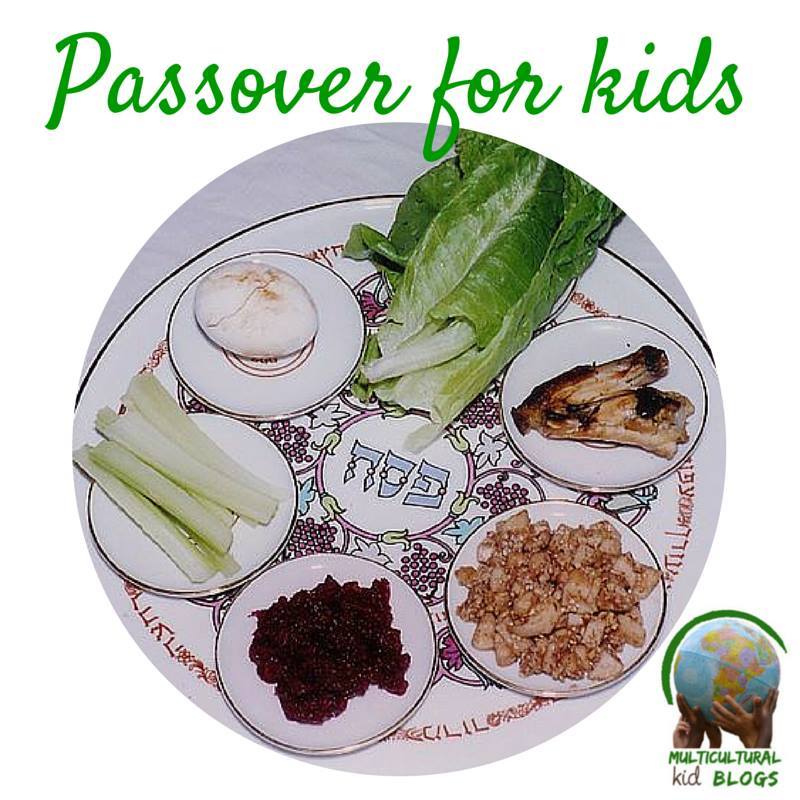 This post is part of the Passover for Kids Blog Hop from Multicultural Kid Blogs. Visit the co-hosts below for more about how to celebrate this special holiday with kids. You can find even more ideas on our Passover board on Pinterest.