Eid Al Adha is a big celebration for Muslims all over the world. During this festival, we remember the prophet Ibrahim’s obedience to Allah. The story goes that Ibrahim, peace be upon him, was ordered to sacrifice his son Ismail as a test of his obedience to Allah. As he was about to do it, a sheep was put in his son’s place so he could sacrifice the sheep instead.

Eid Al Adha comes after the Hajj pilgrimage. This is the ritual pilgrimage to Mecca that every Muslim must make at least once in their lifetime. It is made at a certain time each year, during the first 10 days of the Islamic month of Dhul Hijjrah. During this time, millions of Muslims descend on the holy city of Mecca to complete their pilgrimage. They follow specific rituals during this pilgrimage that aim to bring them closer to Allah.

Each year, I talk to my children about the Hajj and we learn about it in our homeschool. Last year, we got together with a group of other homeschoolers and put on a Hajj role play to learn about each stage of the pilgrimage. This was a great way for the children to gain an understanding of the actions the pilgrims make during the Hajj and their significance. I hope to do the same this year.

As Eid draws nearer, we start to make the house ready and prepare for an Eid party. We put up decorations and make gifts for each other and our friends. This year we have been making these Kaaba gift bags which has been a great way for the children to practice their sewing skills. The kaaba is the black cube building in Mecca which Muslims must turn towards when they pray.

Here is a simple tutorial so you can make them too!

First, take an A4 size piece of felt and fold in half lengthways. Discard one half and use the other half for the main body of the bag.

Cut a square out of the black felt to make the Kaaba. Sew this into position on the main body of the bag. 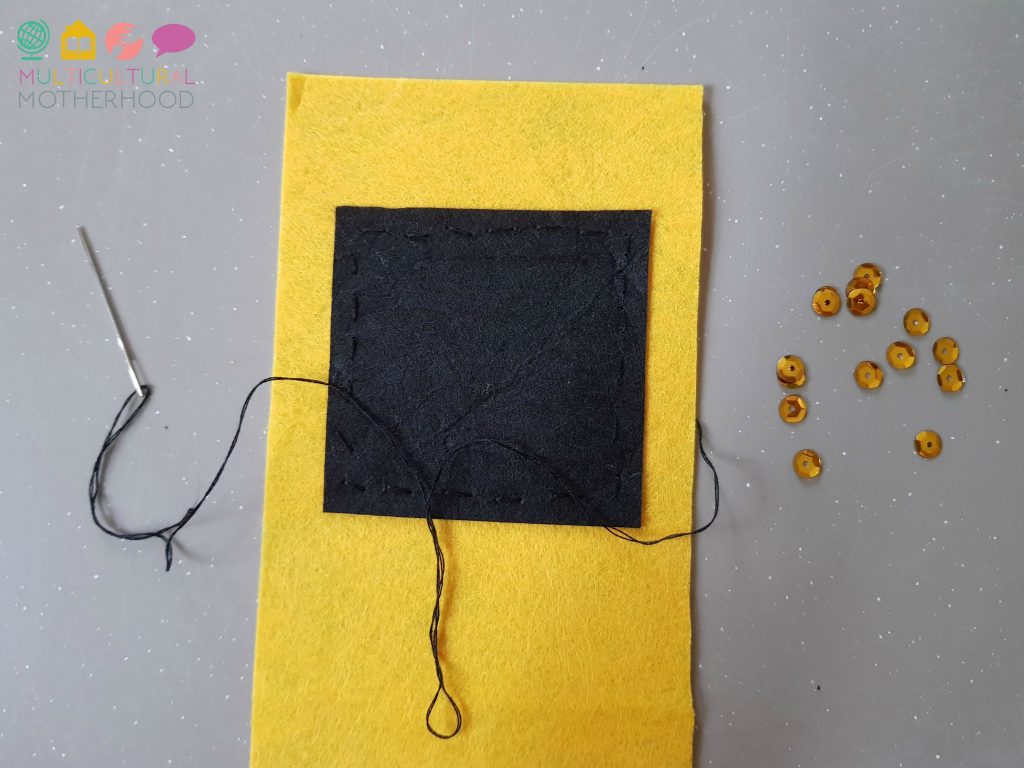 Sew gold sequins in a horizontal line across the Kaaba. 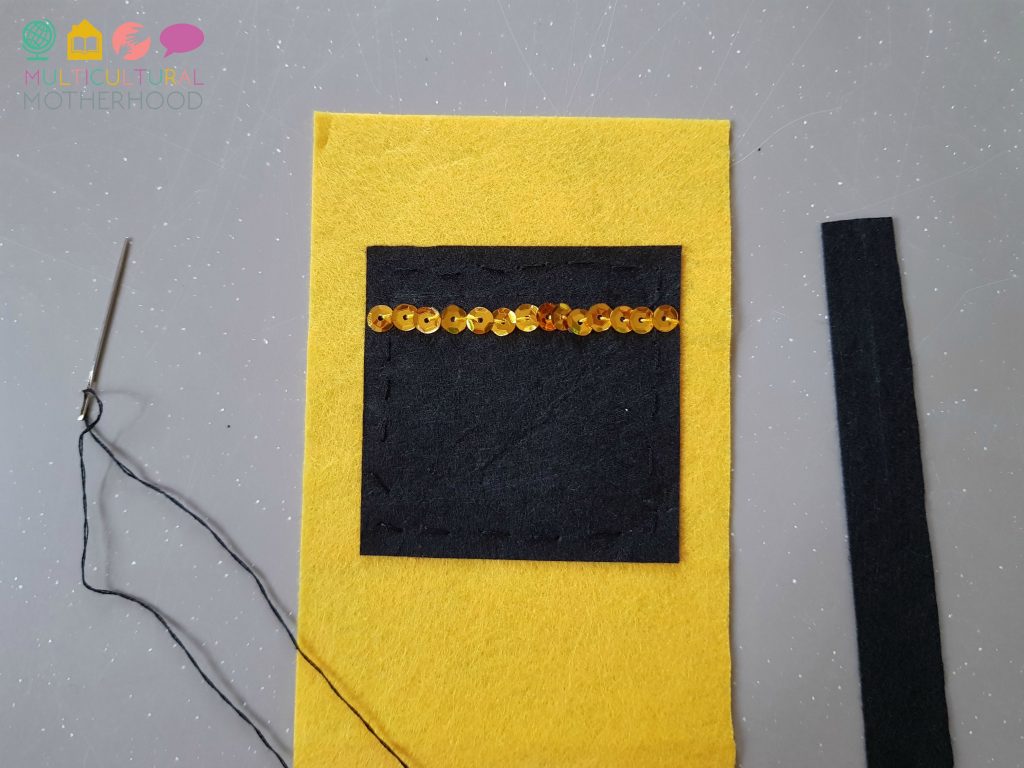 Fold the bag in half with the wrong sides together and stitch up the sides. I did this in a contrasting color thread to make it stand out. 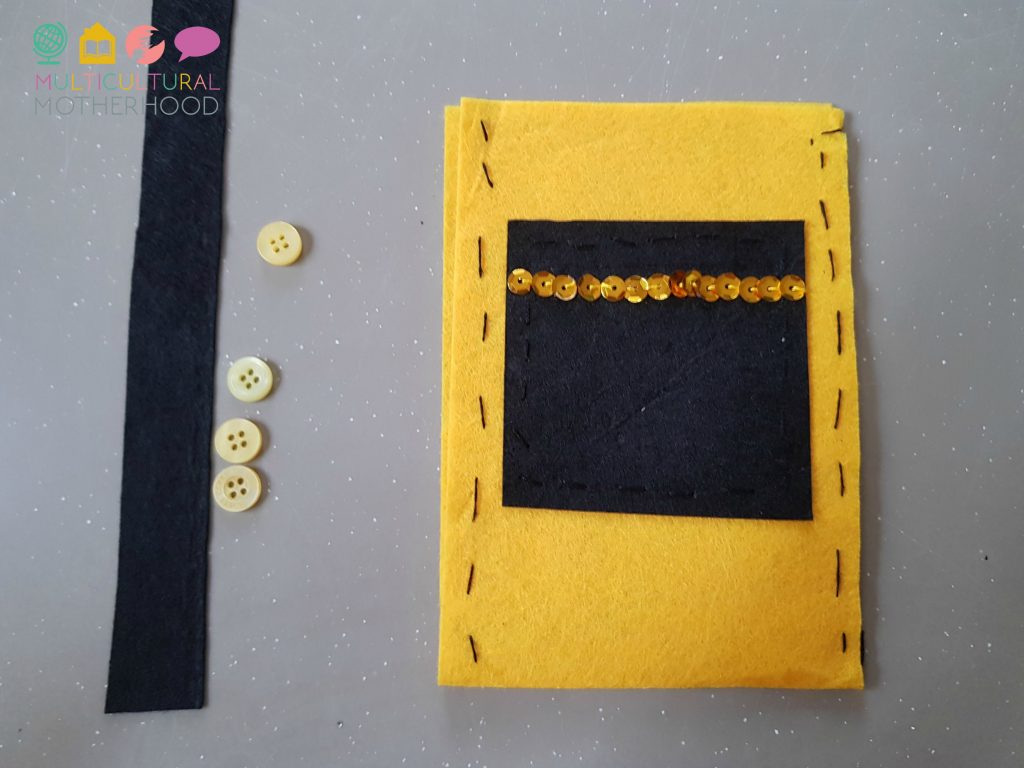 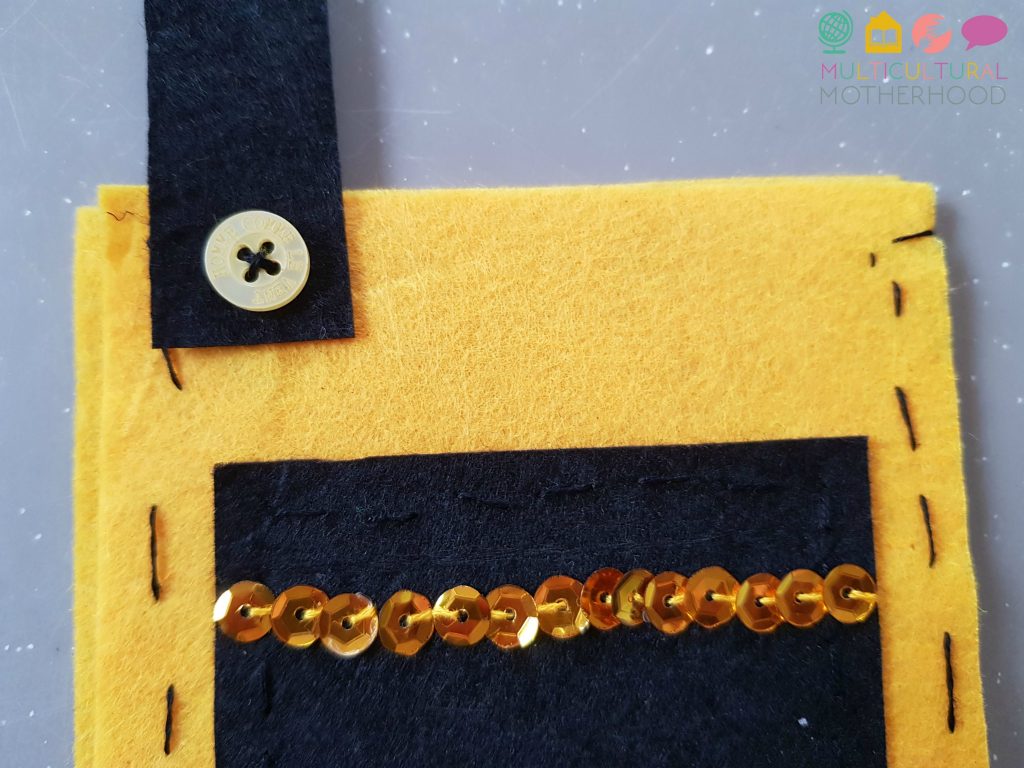 There you have it, a simple Kaaba felt bag to gift someone special on Eid day.  Now you are ready to fill your gift bag with gifts. 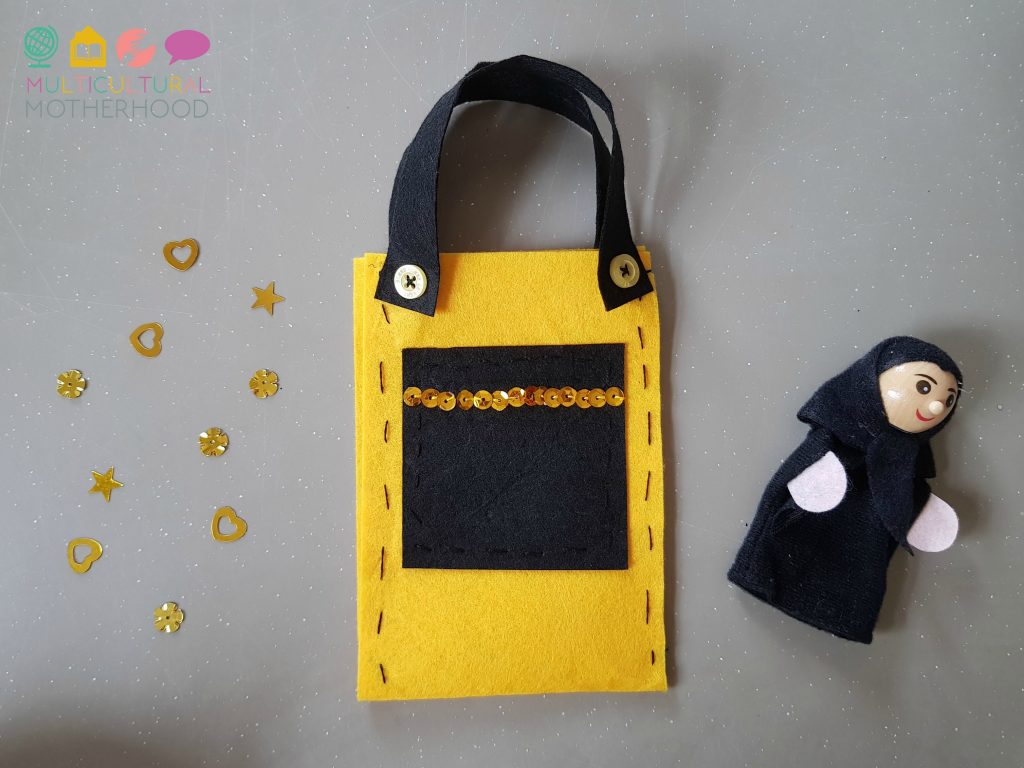 I chose to fill it with this cute finger puppet.

Weronika is a Speech and Language Therapist specialising in bilingualism. She lives in the South West of England with her husband and three children. She homeschools her children and is a lover of nature and gentle parenting practices. She blogs at www.multiculturalmotherhood.com and writes about speech, language and bilingualism issues as well as homeschooling.