Pong Hau K’i is a simple board game from China. It is also a traditional game in Korea, where it is known as Ou-moul-ko-no. Similar games can be found in Thailand and India. 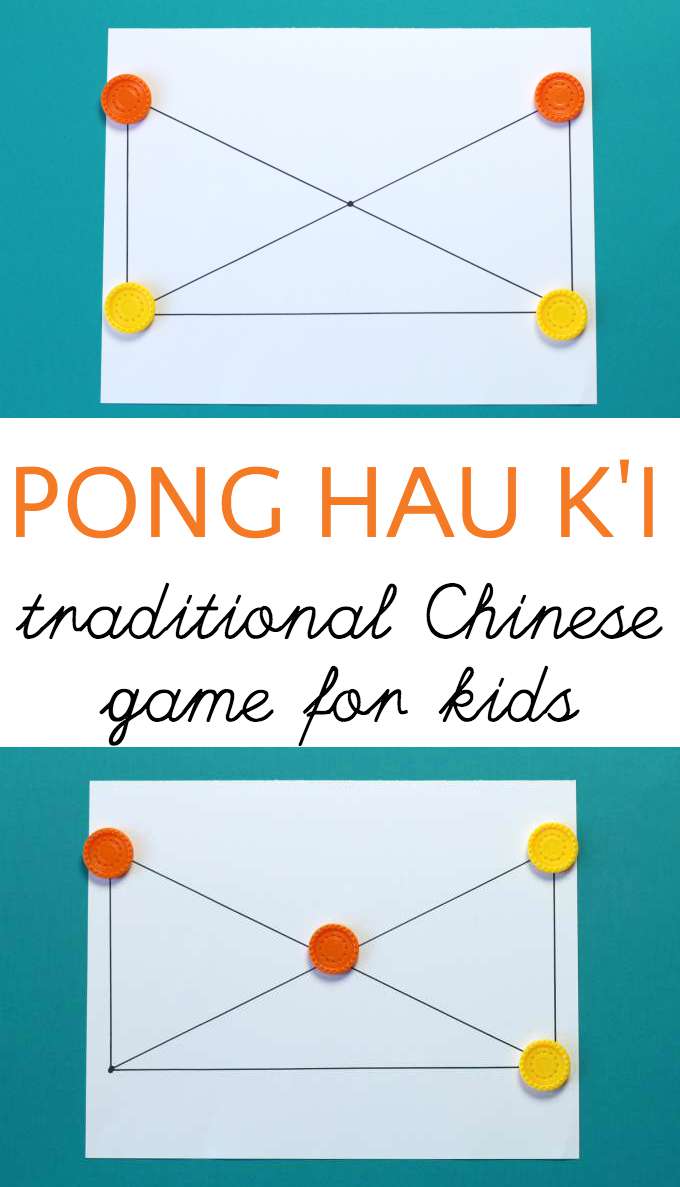 The rules are so simple that children of almost any age can learn to play. While Pong Hau K’i is not a three in a row variation game like Tapatan, if your child understands how to play Tic Tac Toe, he or she can play Pong Hau K’i.

You can easily make your own game board yourself and play it anywhere at home, or even on the go.

Each game board consists of 5 vertices and 7 edges (see photo) and each player needs two markers. We grabbed a few tokens from our Skippity board game, but anything small items such as buttons, or coins will work. 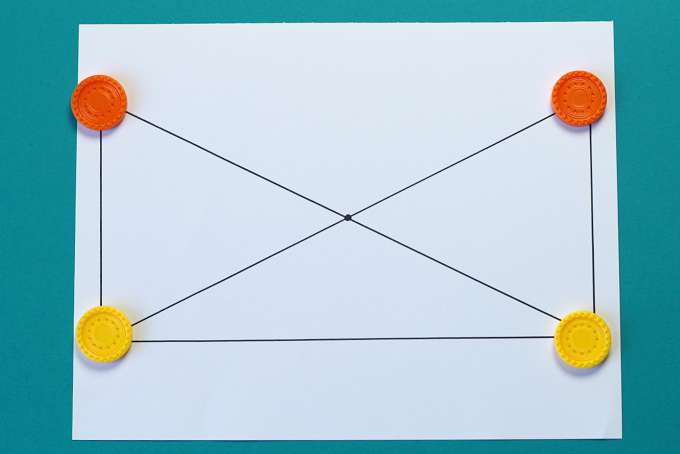 The first player moves one of his pieces into the center. Then players take turns moving counters until one player has blocked the other from moving. 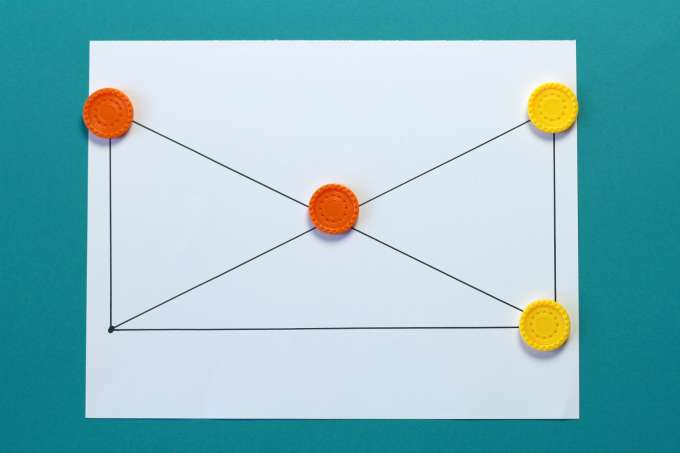 That’s it! It’s so simple, but often the game can go on for quite some time.

Optional: If the same three moves are repeated three times, a tie is called.

Watch my son and I play a few games to get a feel for the rules:

Extension questions: While I encourage kids and their parents to play the game simply for the fun of it, ambitious players can think about strategy. For example, is it better to go first or second? What is the position you must achieve in order to block the other player? Can you invent variations of the game with a new board and 3 or more tokens per player?

Have you ever played Pong Hau K’i? Give it a try!

Erica is a theater geek turned stay-at-home mom with an obsession with children’s books and easy indoor activities, which she chronicles on her blog, What Do We Do All Day?. She makes book lists, drinks chai, plays board games and explores New York City with her two boys. Connect with Erica online: Facebook | Pinterest | Instagram | YouTube

Latest posts by Erica (see all)