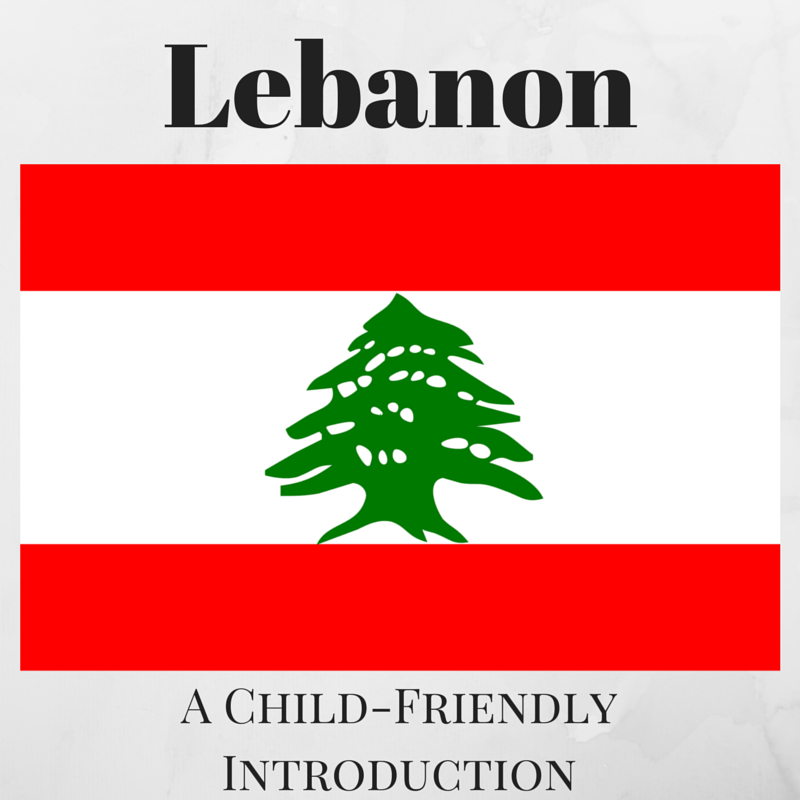 I love teaching my kids about the world! Lebanon is important to our family because my father-in-law was born there, but even without a personal connection I think anyone who learns about this country will want to learn more!

Lebanon shares borders with Syria and Israel. The tree on the flag is Lebanon cedar, which used to cover most of the country. Trees have suffered in Lebanon over time due to logging as well as forest fires, which are common during the long dry summers. Work is being done to add more trees to the landscape.

Originally the home of the Phoenicians, Lebanon has seen a lot of history over the years! This country is home to the Temple of Bacchus, which is considered one of the best preserved Roman temples in the world (build around 150 AD) Over the centuries, the country we now call Lebanon was conquered and occupied by the Assyrians, Persians, Greeks, Romans, Arabs, Fatimids, Crusaders, Ottoman Turks, and French before achieving independence. This history makes for a very diverse population, and both Christian and Muslim holidays are observed by the government.

Arabic is the official language of Lebanon, but there is also a large French-speaking population due to Lebanon’s history with France. English is also frequently spoken by the younger popular especially. Lebanese citizens with Armenian, Greek, or Kurdish descent often speak these languages as well. In spite of this diverse population, you can only be a Lebanese citizen at birth if your father is a citizen – mothers cannot pass on citizenship. There is talk of changing this citizenship law, but it has not changed yet.

Education is important in Lebanon! The country is home to forty-one universities, and it consistently ranks very well for overall education and especially science and math education.

What do you know about Lebanon?

This month we are learning all about Lebanon, so link up below any old or new posts designed to teach kids on Lebanon–crafts, books, lessons, recipes, music, and more!