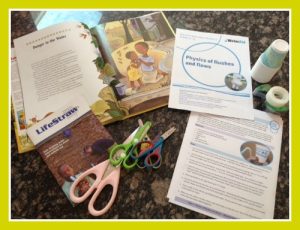 This year the theme for the Brownies (part of the Girl Scouts in the USA) is the “Wonder of Water.” As an advocate for clean water in the developing world at World Moms Blog, I wanted to find a way to teach kids about the importance of clean water on the planet. One thing led to another, and before you know it I was making model toilets with my daughter’s Brownie troop on a Friday evening…

Did you know that 2 out of 5 people on the planet do not have access to a flushable toilet?

When I gave the girls, aged 7 and 8 years old, this statistic, it looked like this: 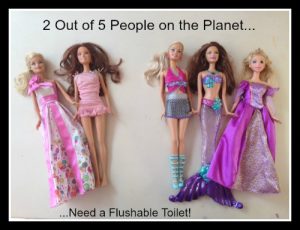 Showing the population as dolls really helped the stat resonate with the girls. Although, they explained that Rapunzel had magic hair, so she could probably get water, so she had to be in the group that did have water. So, I had to switch her over…

The next point I wanted to get across was that without access to clean toilets, disease can spread. For this topic, I read the group the first 4 chapters of a book called “Mimi’s Village”. 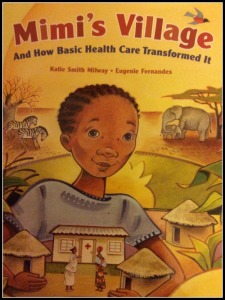 The story is about a girl in Kenya who had to fetch water (the thought of fetching water daily surprised the girls in the USA, yet, it’s a reality for many girls on the planet), and she was so thirsty. Her sister told her that she had to wait until the water was boiled to drink it. But, then the girl dropped her water on the way home, and had to return to the brownish stream to refill her jug. Being even thirstier, she took a drink of the water and became sick from it. We followed her story to the health clinic in the town over and beyond…

After the book excerpt, we talked about ways to make water safe for drinking, such as boiling. I showed them a picture of a Life Straw, an invention that filters the water, making it safe, right on the spot. We talked about how inventions can solve world problems. Which led to how the toilet was invented over 150 years ago!

Next, came the toilet making. I had contacted Hallie Tamez of WaterAid earlier in the week, and she sent me to a link with ideas for teaching kids about clean water. I chose “The Physics of Flushes and Flows” project, the perfect science and water experiment!

I asked the girls, “Who knows how a toilet works?” And before you know it, we were crafting our own model toilets to recreate the siphoning action — physics in action!

We had such a great experience at the Brownie meeting, so I am sharing this project, for sure!:

First, I poked holes in the cups toward the bottom ahead of time to make the process speedier. One cup for each girl. 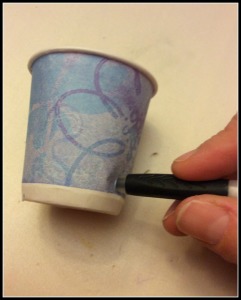 Next, we took one straw and cut it on both ends, so there was one inch of straw on each side of the flexible bit. (See the pink straw in the photo below.)

For the second straw (the green straw pictured below), we left the long end of the straw intact and cut the short end of the straw, so it, too, equalled one inch from the flexible bit. 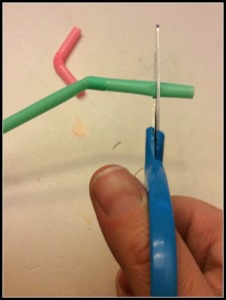 Next, we inserted the small side of the long straw into one of the ends of the shorter straw and taped the “pipe” connection. The girls really liked the idea of being plumbers! 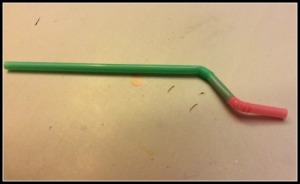 Now that the pipes were complete, we inserted the small end of the straw contraption into the cup as pictured and used a piece of modeling clay for where the straw met the cup on the outside to prevent the cup from future leaks. 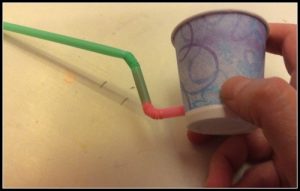 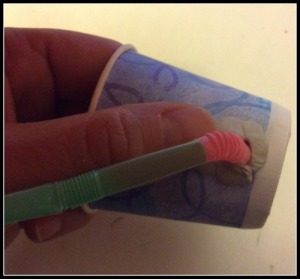 Next, we headed to the sink to fill up our cup. When the water level in the straw became higher than the water level of the toilet, the water in the cup began to siphon out, creating the powerful “flush” that empties and cleans the bowl!

The girls got in a line at the sink, as I tested each of their model toilets, and they cheered when the tanks emptied! High-fives all around!

(TIP: The molding clay was a bit tricky and I couldn’t find the waterproof type recommended at the craft store. Using less of it seemed to work best. But, if you’re not winging the experiment for the first time as you are presenting it like me, then you have time to see what works best beforehand.)

For a full description and printable pdf on how to make a model toilet in your classroom or scout meeting check out WaterAid’s link of activities to do with children to teach about the importance of clean water.

If you try out this project, we want to hear all about it! And please tell us where on the globe you did it, too!

And yes, today IS World Toilet day. Remember the importance of each flush and help spread the word.

Photo credits to the author.

Jennifer Burden is the Founder and CEO of World Moms Blog, an award winning website on global motherhood, culture, human rights and social good. World Moms Blog currently writes from over 20 countries, has over 60 contributors, is a volunteer effort and was listed by Forbes Woman as one of the "Best 100 Websites for Women 2012 and 2013." Also in 2013, World Moms Blog was called a "must read" by The New York Times Motherlode, and was recommended by The Times of India. Jennifer is the stay-at-home mother to two young girls, a UN Foundation's Shot@Life campaign Champion and an advocate for ONE Girls and Women. She was also a member of a delegation to Uganda to view UNICEF's family health programs with Shot@Life in 2012 and a UN Foundation "Global Influencer Fellow" in 2013. In 2014 she was a UN Foundation "Social Media Fellow", attended the Americares Airlift to Nicaragua on behalf of Cognizant, participated in the first AYA Summit and was invited by the World Bank to Washington, DC to report on their global Civil Society Meetings. Jennifer also co-created the #Moms4MDGs twitter campaign that extended from July 2013 to March 2014 to raise awareness on all 8 of the UN's Millennium Development Goals to help eradicate extreme poverty. Her writing has been featured by Shot@Life, Huffington Post, ONE.org, and The Gates Foundation's "Impatient Optimists." She has also spoken on the importance of global vaccination programs by request of the UN Foundation in NYC and Washington, DC. Jennifer can be found on Twitter @JenniferBurden.