I think that Autumn might be my favorite season. I love watching the leaves on the trees change colors, wrapping up in warm sweaters, drinking seasonal lattes, and eating warm, comforting foods. Sadly I haven’t ever really lived anywhere that I can actually see Autumn in its full glory, so maybe I like the idea more than anything else. But seriously, I think there is something exciting and romantic about this season. So, even though the temperatures are still in the nineties here in LA, I have really been craving a good stew or bowl of chili. Then, yesterday, out of the blue, my husband asked me to make my special stew. I gladly did that for him and thought I would share it with you too.

I’m not sure why my husband thinks that my stew is special, because the truth is I almost never make the exact same stew twice. The reason for this is because I really just throw whatever I happen to have in the fridge in the crockpot. This is actually something I learned from my mom. While growing up, my family often had “clean out the fridge soup” and it was usually awesome. Today I had beef short ribs, potatoes, and a lot of vegetables that needed to be eaten. So I just threw it all together and let it simmer for eight hours. 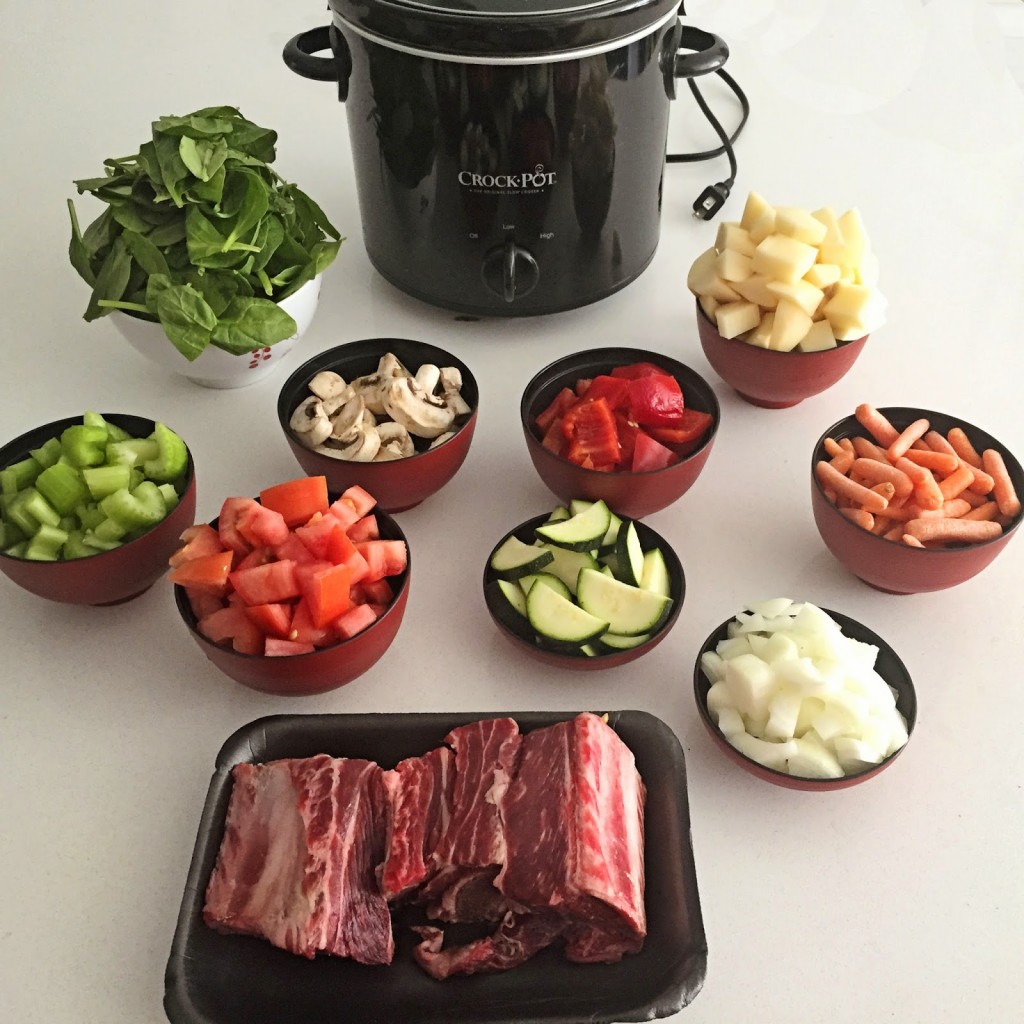 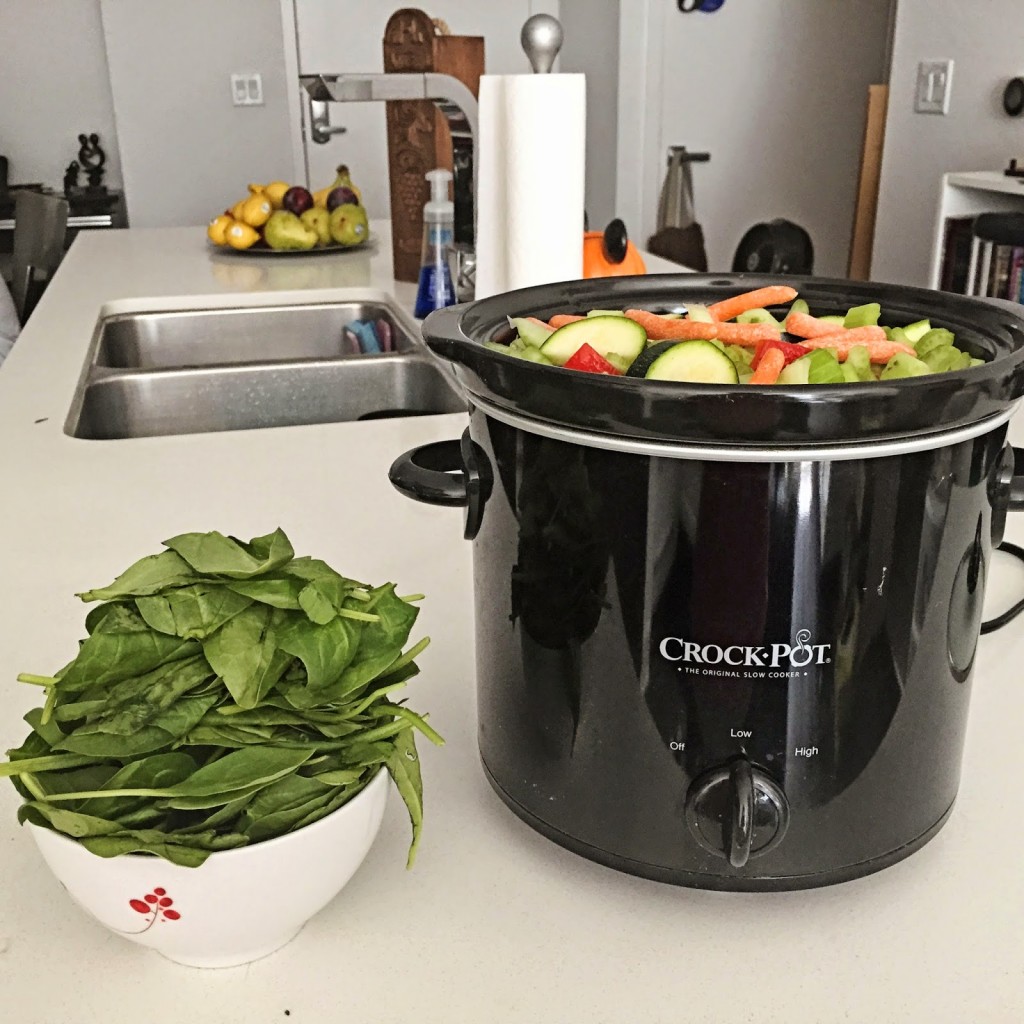 2. I put everything in the crockpot. The meat was put on the bottom and I left the meat on the bones to add more flavor to the stew. I left the spinach out until the last hour because I have learned that it will completely disintegrate if cooked too long. 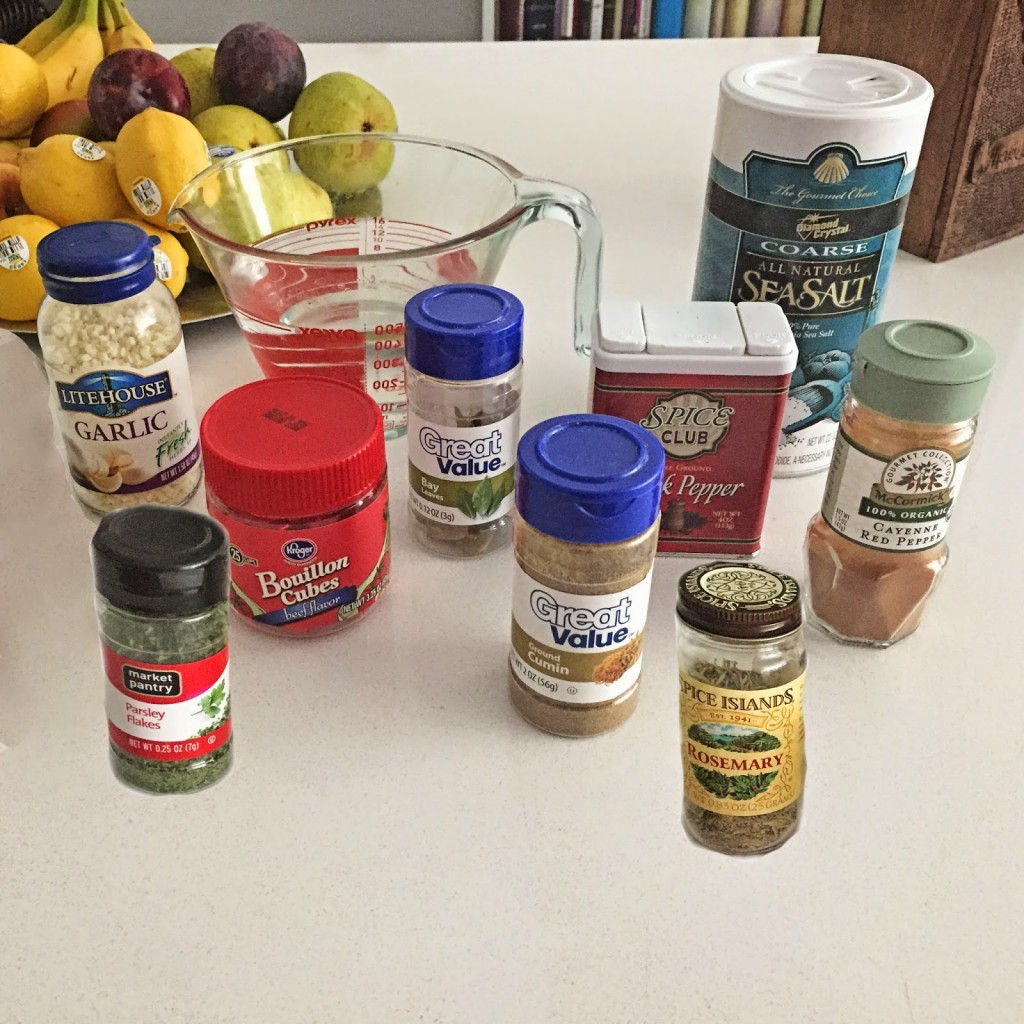 3. Now for the spices. First I put two cups of water in the crockpot. Then I got another two cups of water, beef bullion cubes, salt, pepper, garlic, parsley, rosemary, basil, cumin, and cayenne pepper. 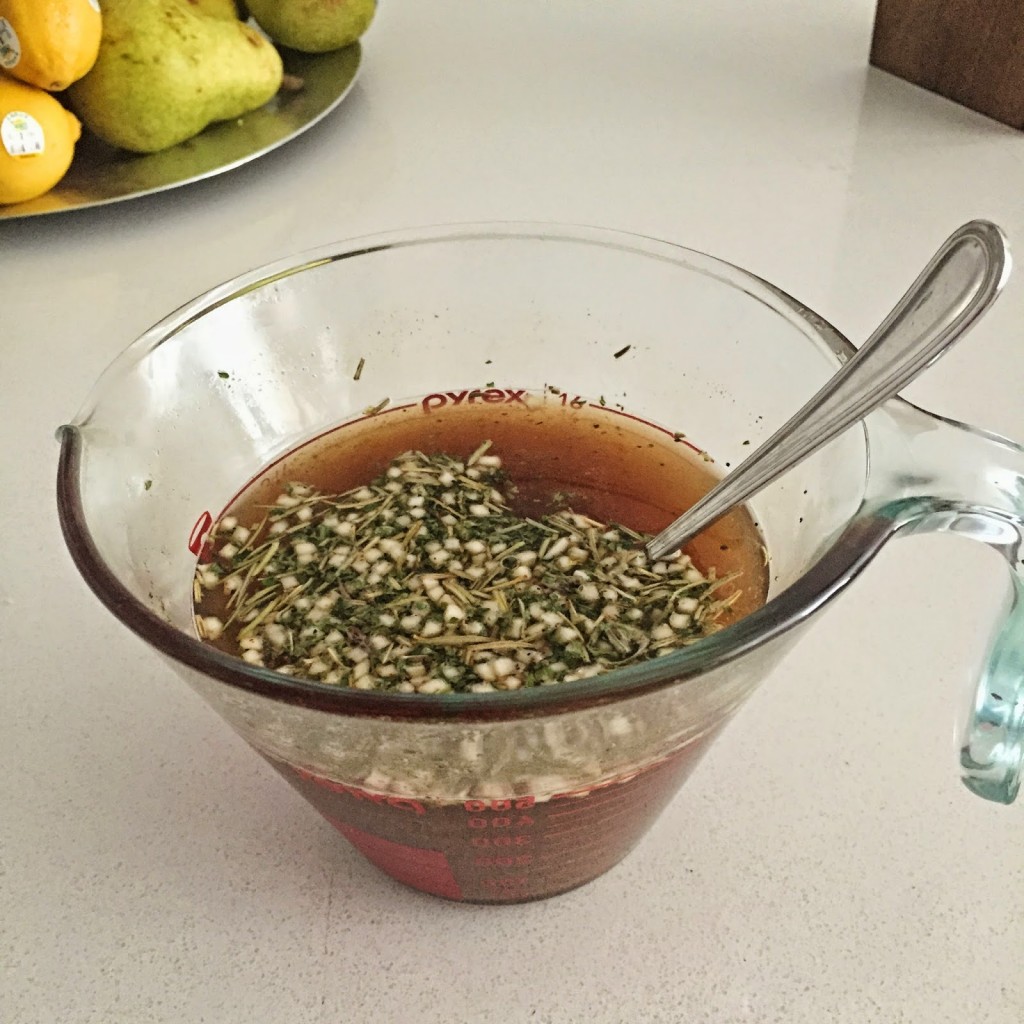 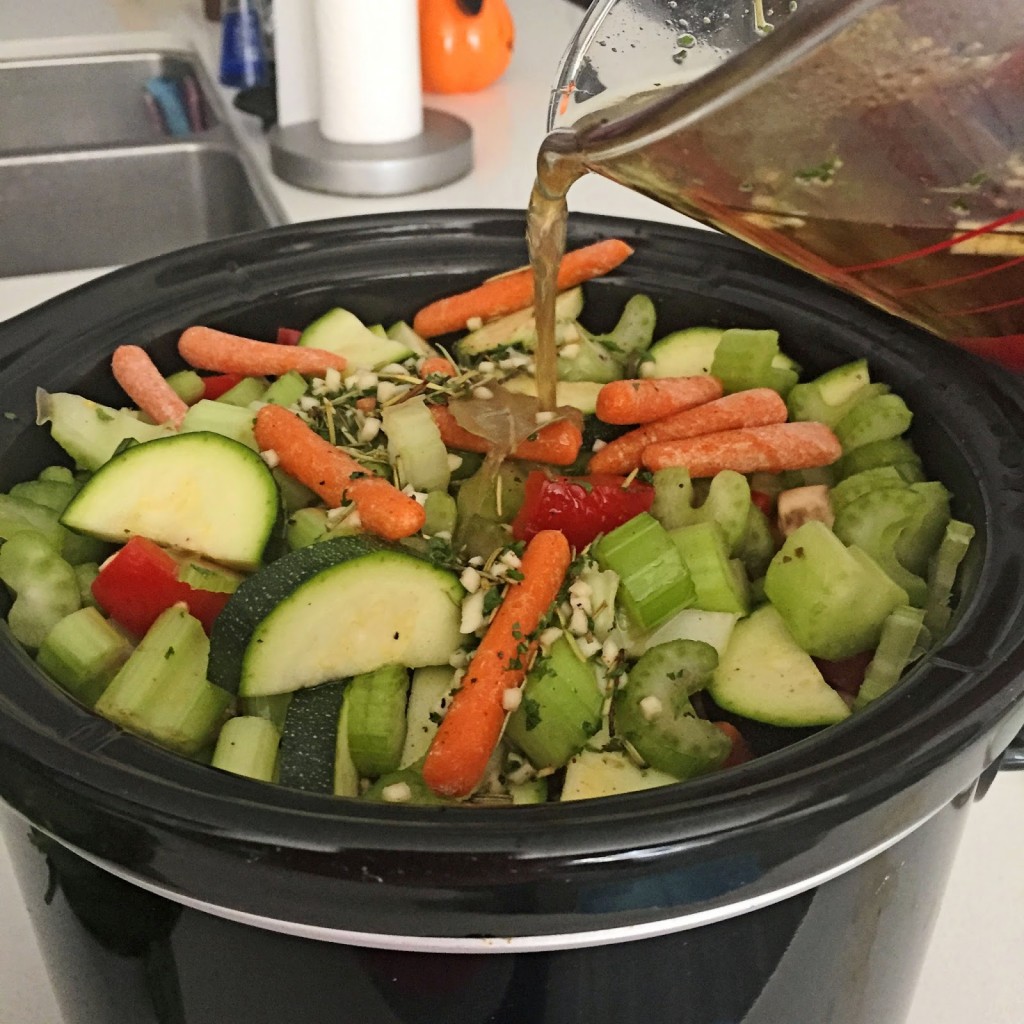 5. Just put one bay leaf in the crockpot and pour your spice mixture over everything. Set the pot to low and allow it to simmer for about eight hours. 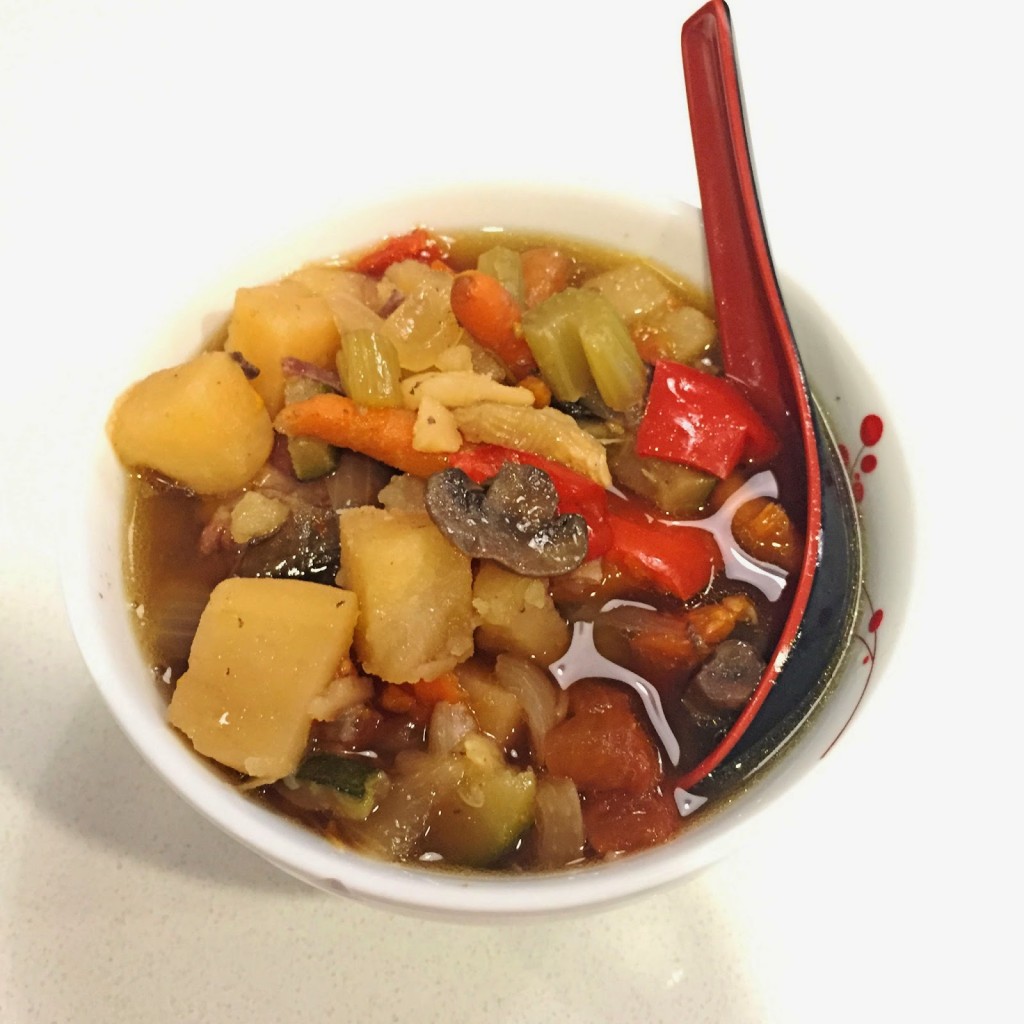 6. After eight hours we had a delicious, warm stew. Enjoy!