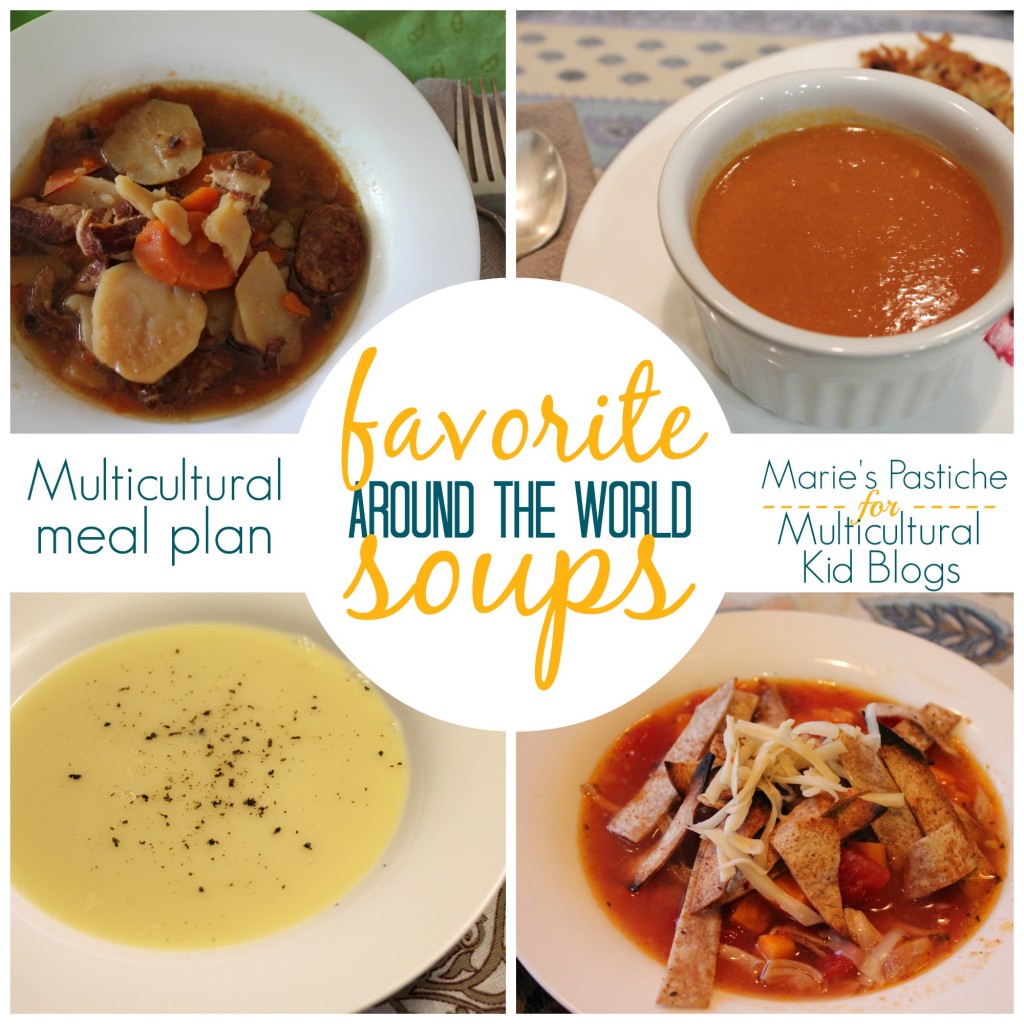 Years ago, I have taken my family and embarked on our journey of virtually travelling around the world, exploring a new country, culture, or region each year. This virtual travel includes celebrating festivals, listening to traditional music, doing various crafts, and most tangibly: cooking and eating traditional and popular dishes. Just as these explorations have left a mark on our family’s traditions, various dishes have continued to make their way to our dinner table. Many of these are soup recipes.

Though spring is only days away, we are still enjoying comforting soups on most days to keep the cold at bay. Some of these soups are traditional recipes, while others are inspired by the dominant flavors of a cuisine. All are delicious and warming. 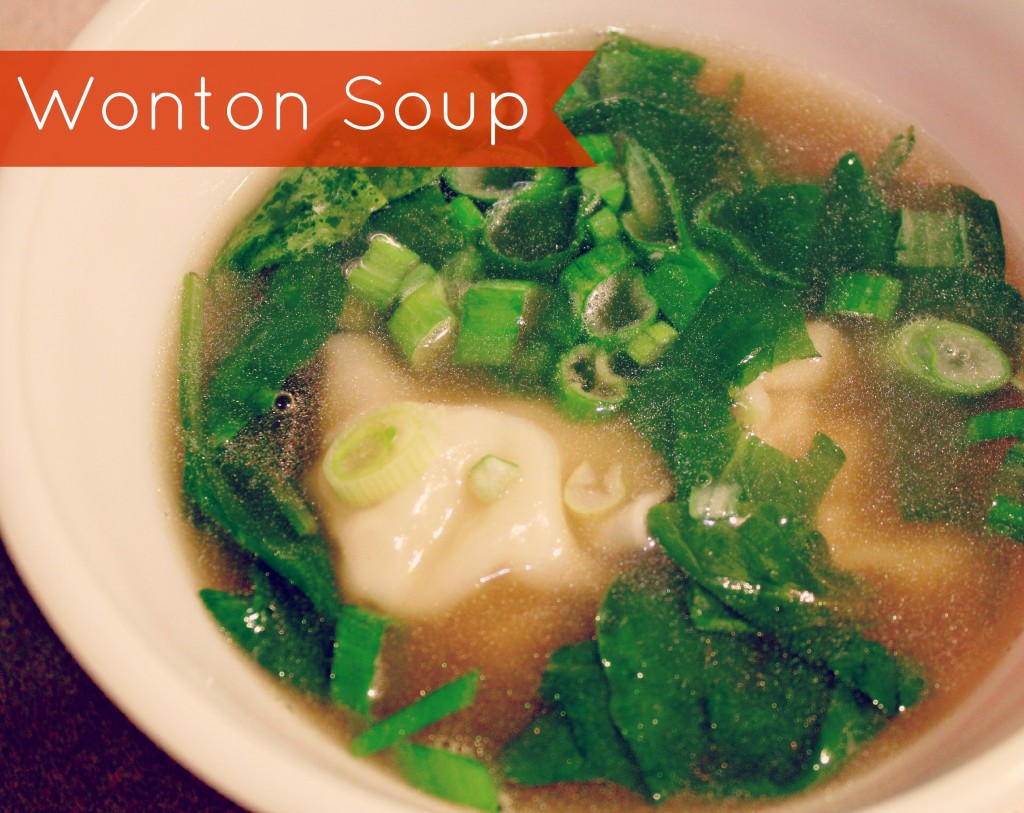 Wonton Soup This classic Chinese soup is delicious, and can be very filling, depending on how many wontons you have in your bowl. Our whole family partakes in making the wontons, which gives us some fun, quality time together. Even with help, making wontons can be time consuming, so I’ve begun doubling the filling and therefore wontons, spacing them out on a tray, freezing them overnight, then placing all the wontons in a large ziplock (freezing them individually initially ensures the wontons don’t stick together). When we crave wonton soup, or for a quick dinner, I heat up the broth, and take as many wontons as I’d like from our frozen stock (usually 5 per person) and add them to the broth. 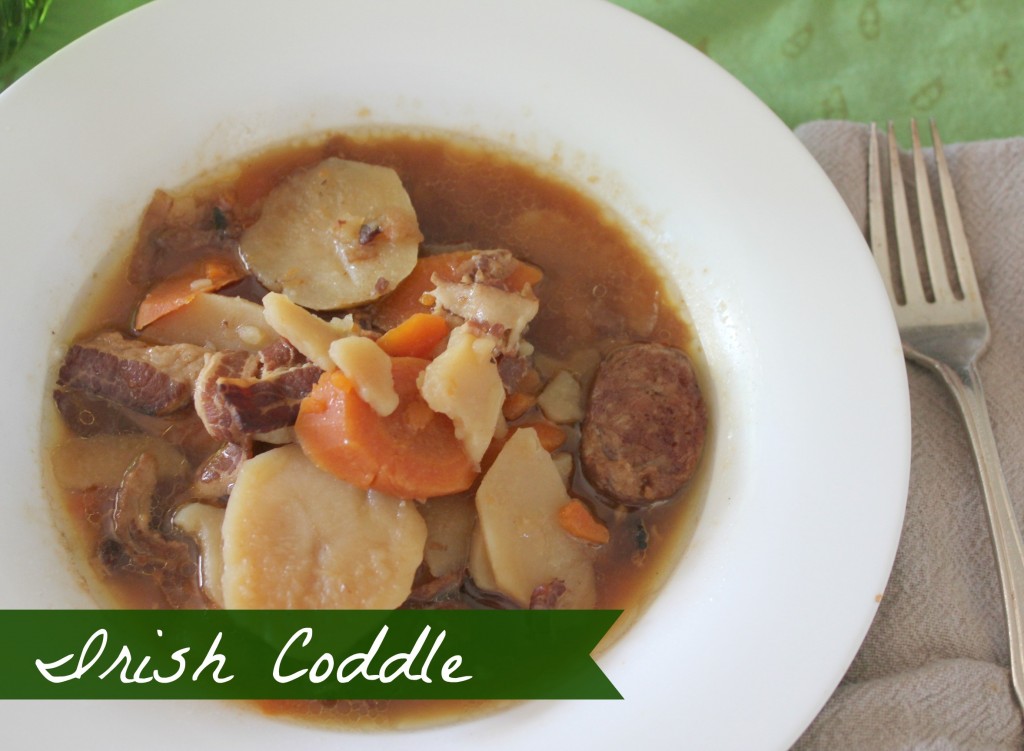 Irish Coddle Traditionally more of a stew, we like it with so much added broth, it comes close to being a soup. Layers of potato, sausages, carrots and onions braise for at least three hours in beef broth. Delicious, comforting, and especially good with Irish soda bread, fresh from the oven – bread easy enough for kids to make.

Classic French Onion Soup There is something so soothing about hot, french onion soup, topped with cheese laden bread. There are many recipes for this soup, that differ in complexity, and the one we use is fairly simple. You just need to give the onions time to caramelize. I use whatever red wine I have on hand, and because I don’t have special french onion soup bowls, we put slices of baguette covered in cheese in the oven, which are placed over the soup after its been ladled in a bowl. My eldest daughter doesn’t eat onions, but still enjoys the broth with many slices of french bread 🙂 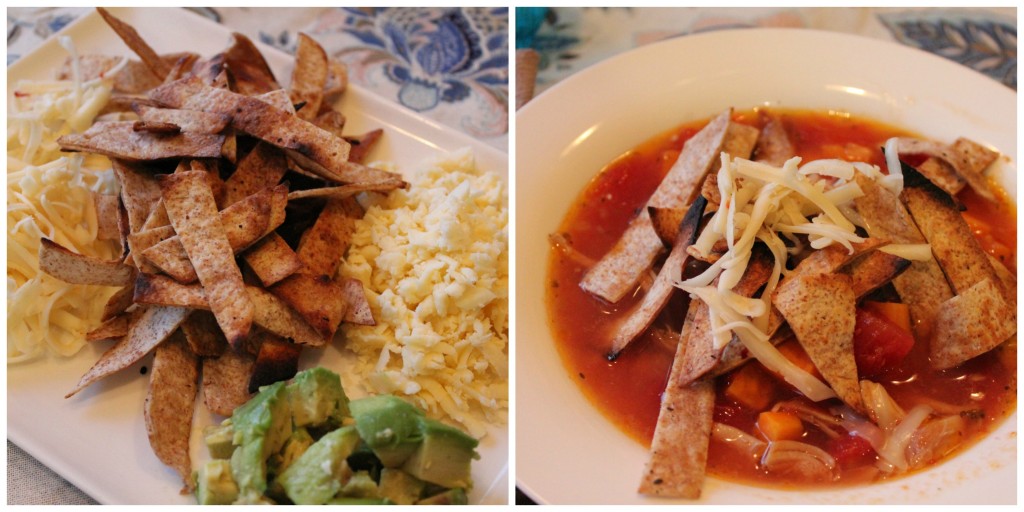 Mexican Chicken Soup This is a healthy, tasty soup inspired by Mexican flavors with cumin, cilantro, tomatoes and avocado. It’s a great use of leftover chicken, and I usually use a can of diced tomatoes with herbs (rather than fresh the fresh tomatoes the recipe calls for). Though our youngest doesn’t enjoy sweet potatoes she also loves this soup, which makes it a great way to include this healthy vegetable. The girls especially appreciate the toasted tortilla strips (you can use corn or wheat), and use lots of cheese. We put a plate out with various toppings (tortilla strips, shredded cheese, diced avocado, sliced green onions, cilantro and hot sauce) and everyone adds their favorites. 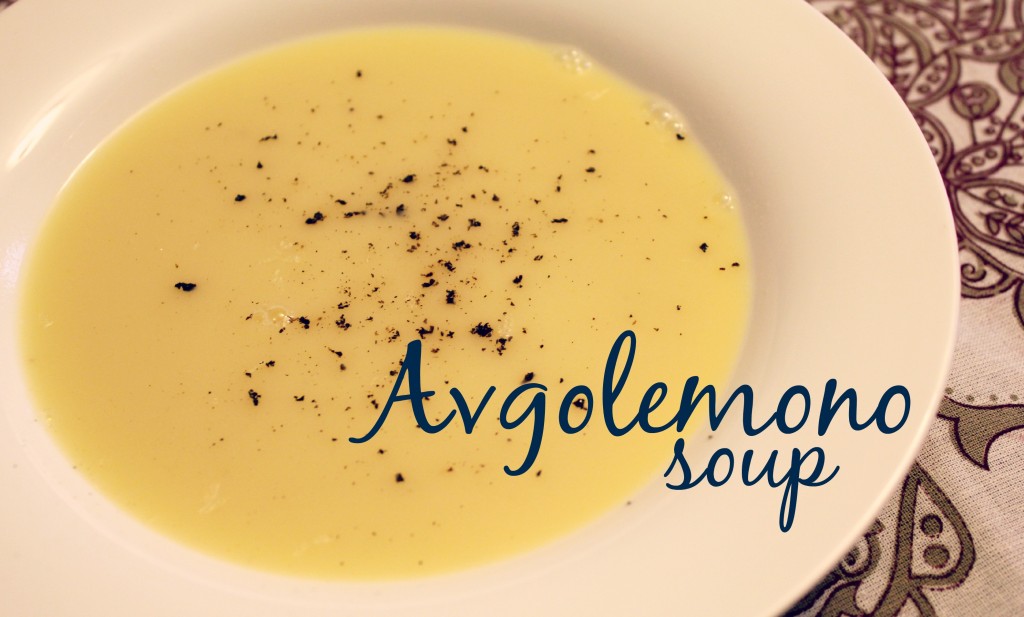 This classic Greek soup is refreshing and delicious, featuring the lemon flavor Greek cuisine loves. It is made with chicken stock, a starch (rice or orzo pasta), eggs, lemon and can include shredded chicken to make it extra filling. We were all frankly surprised at how much we enjoyed this soup (yellow soup with lemons?), and it has become a family favorite.

Mulligatawny Soup Another great way to use leftover chicken, this soup is flavorful with curry and light and creamy from the coconut milk. You can also make it vegetarian by replacing the chicken with red lentils, and using vegetable stock. Those of us who appreciate spice sprinkle extra cayenne pepper in our own soup bowls. This soup is great enjoyed with warm Naan bread. 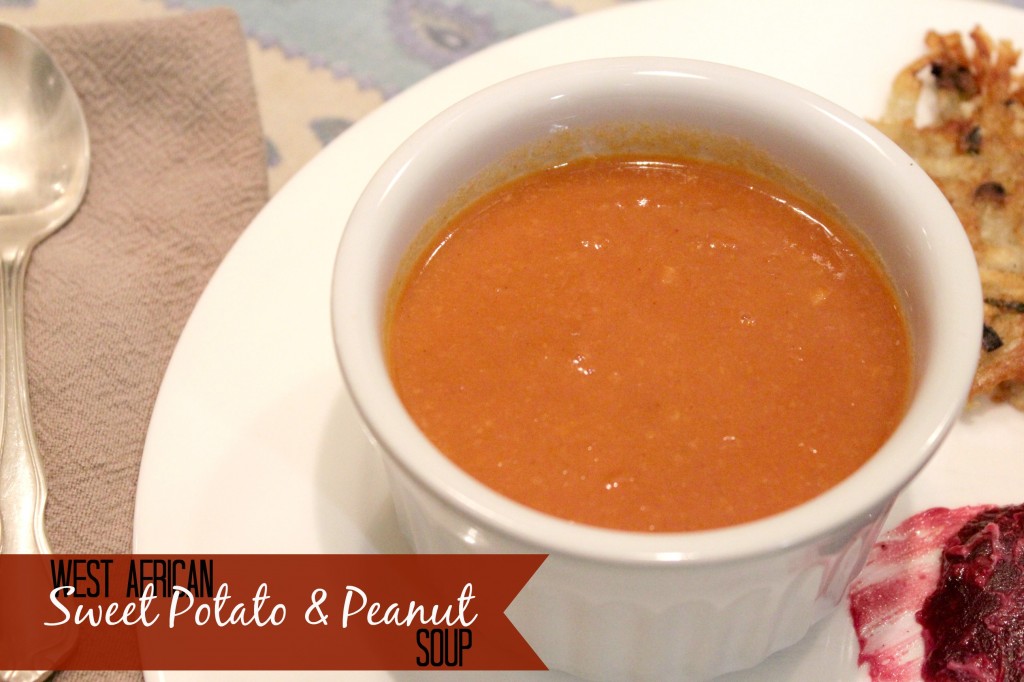 Our latest soup discovery, Sweet Potato &amp; Peanut soup,  is influenced by West African flavors of tomato and peanuts. It turned out to be more “inspired” than authentic, but so delicious, especially for the adults, that we are looking forward to making it again, and again. I recommend tasting it as it’s being made, starting with a small amount of peanut butter and adjusting it to taste. We are going to be making it as a vegetarian dish the next time my mother comes over for supper. 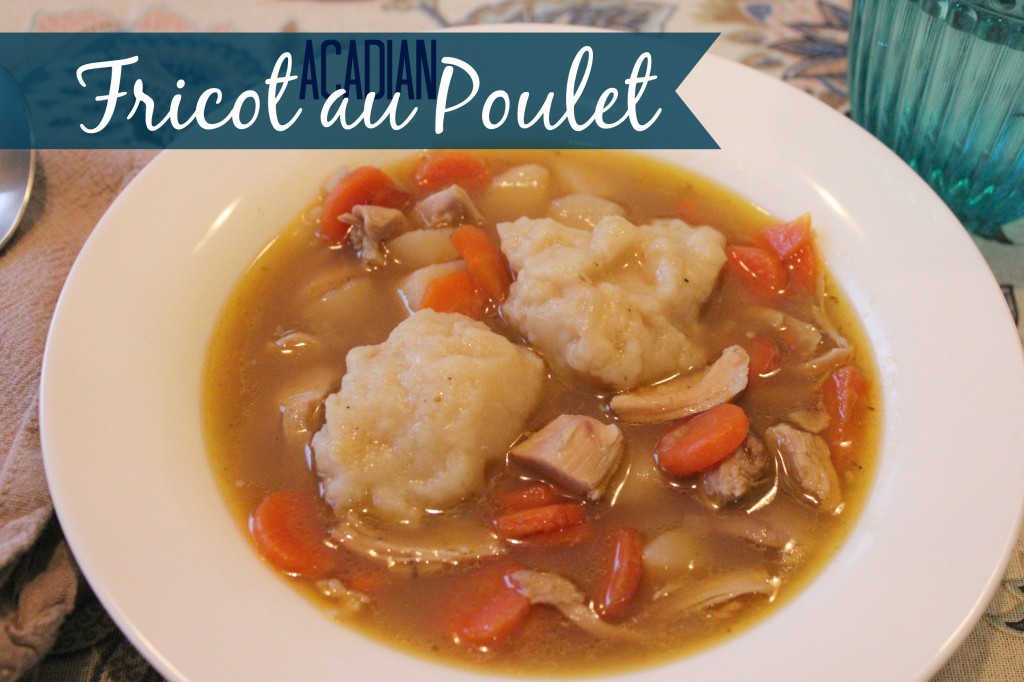 And from our home country, Fricot au Poulet is a classic French Canadian soup which is essentially a delicious chicken soup with dumplings. This is one of those recipes that transports my husband back to his childhood, and we hope, will do the same for our girls.

You can also read other multicultural meal plans in this series. 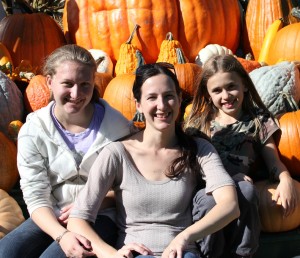 Marie-Claude is the parent of two incredible girls. Over the years, they have immersed themselves virtually in various cultures. This year they have been exploring the cultures of West Africa, which is being chronicled on her blog at mariespastiche.blogspot.com.

Marie-Claude is parent of two teen girls. Over the years, they have immersed themselves virtually in various cultures. This year they have been exploring the cultures of West Africa, which is being chronicled on her blog at www.mariespastiche.blogspot.com.

Latest posts by Marie-Claude (see all)