I had the privilege to interview Ana Chipana, I was very impressed with her humbleness and predisposition to answer questions.

The Interview with Ana Chipana

First of all, I want to thank you for the space you are opening to Multicultural Kids Blogs for an interview.  Please, if I make mistakes in some facts, let me know.

Cecy: I have the understanding that the goal of seeing your business growing, a Gluten Free Bakery in Florida, started a series of events that allowed you to become the Ambassador for Quinoa in 2013 (the International Year of Quinoa), correct?

Ana:  All the above is true, that is how the Bolivian Government invited me to be part of the launching of the “Quinoa International year, 2013”.  It was held in the United Nations Headquarters in New York.  It was such a big surprise to be chosen, I had to ask how they learned about me?  They told me, it was hard to find people working and promoting the Royal Quinoa to a Global level.

C:  Can you tell us the origin and advantages of Quinoa?

A: Quinoa is also called the Golden Grain, it originates in the Andean Countries of South America –Bolivia, Peru and Ecuador- the farming of the crop dates back more than 5000 years ago.  It grows at elevations as high as 3600 meters.   There are at least 17 varieties of Quinoa, but the most desired is the Royal Quinoa.  This variety of Quinoa grows around the Uyuni Salar, in Bolivia.  The saline soil helps Quinoa to obtain better nutrients.

Quinoa is the only semi grain, complete in amino acids. It provides 10 that the human body requires.  Among them is the Amino Acid called Lysin, very important for Brain development.  The protein level of Quinoa varies according to color.  For instance, white quinoa 13%, black quinoa 16% and red quinoa 23%.  100 grams of Quinoa contain 14.4 grams of protein, 72% of starches and 86% calories.  All these attributes especially help people that do physical labor, such as: sportsman, pregnant women, older people, children, people with low weight problems and with allergies.  Quinoa is also gluten free and rich in fiber.

C: What was the goal for the International Quinoa Year?  Do you think that the goal was reached?

A:  The goal was to get the attention of the international community about the biodiversity of Quinoa, its nutritional value in the food security, and poverty eradication.  All these support developing goals for the millennium.

I believe the goal was reached, the world knows about the existence, quality, and origin of Quinoa.  You can see its impact in countries that are encouraging Quinoa farming, such as: Chile, Argentina, The United States, Canada, France, Italy, Denmark, Kenya, Morocco, Australia, China and Taiwan. All these countries have started experimenting Quinoa farming on a commercial level. 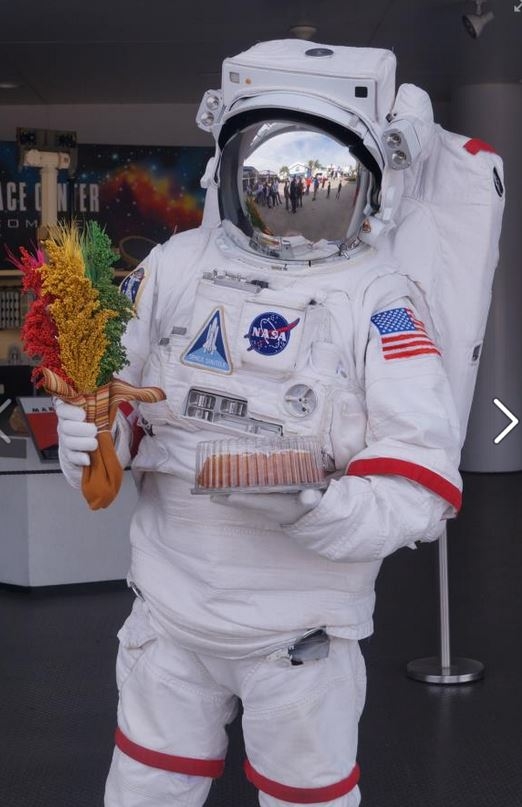 C:  Obviously, after 2013 Quinoa consumption is going to grow.  Do you think that Bolivia – the biggest Quinoa producer in the world- is ready for the challenge? Has the government taken measures to cover the future demand?

A:  I don’t think Bolivia is ready.   I do not think they have  made  necessary preparation for future success. The lack of serious planning and regularizing future production and commercialization of the grain will affect present and future demand.

C: I heard that due to the increasing prices and demand of Quinoa, people that grew up with Quinoa as part of their regualar  diet, are not able to easily access  it today.  What do you think about it?

A: I think is a natural phenomenon of supply and demand, it had to happen.

C: One of our bloggers, told me Quinoa in China is extremely expensive.  Do you know how much  it costs in China?

C: If you could establish a price comparison between Bolivia Quinoa prices with other countries you have visited.  Do you think there is a Fair trade between markets?

A: Definitely not.  There is no Fair trade going on.  The most benefit is going to the middle man or intermediary – not to the producers.

C:  Do you think that Bolivia is ready for the coming market demand?

A: I do not think so, I think it is going to take time to develop strategies to cover future global demand. 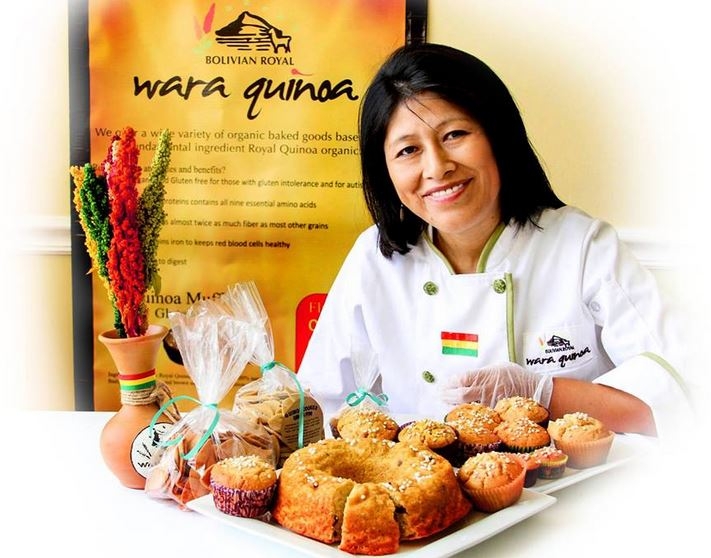 C:  What about smaller producers, do you think they are ready?

A:  I do not see that they are, due to the lack of financing, lack of investments and incentives.

C:  After being direct witness of the successful introduction of Quinoa to the world, what would be your advice for Bolivian farmers to improve the production, consumption and exportation?

A:  About production, we need to increase investments, encourage new technologies and the use of machinery to implement a system production with higher yields.

About Quinoa exportation, it would be good to improve the production chain.  First, it will benefit transformation, commercialization and local supply.

C: Ana, thank you so much for your time. You are a great example to follow. 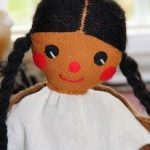 About the Author.  Cecy is a Bolivian homeschool mommy living in the States.  Full time mommy, part time manager, blogger, Spanish teacher and translator.  Found a meaningful life working from home, teaching her multicultural familia at home and living God’s dream for her life.  In her blog Spanglish House she loves to talk bicultural living, Español and Bilingual homeschooling.