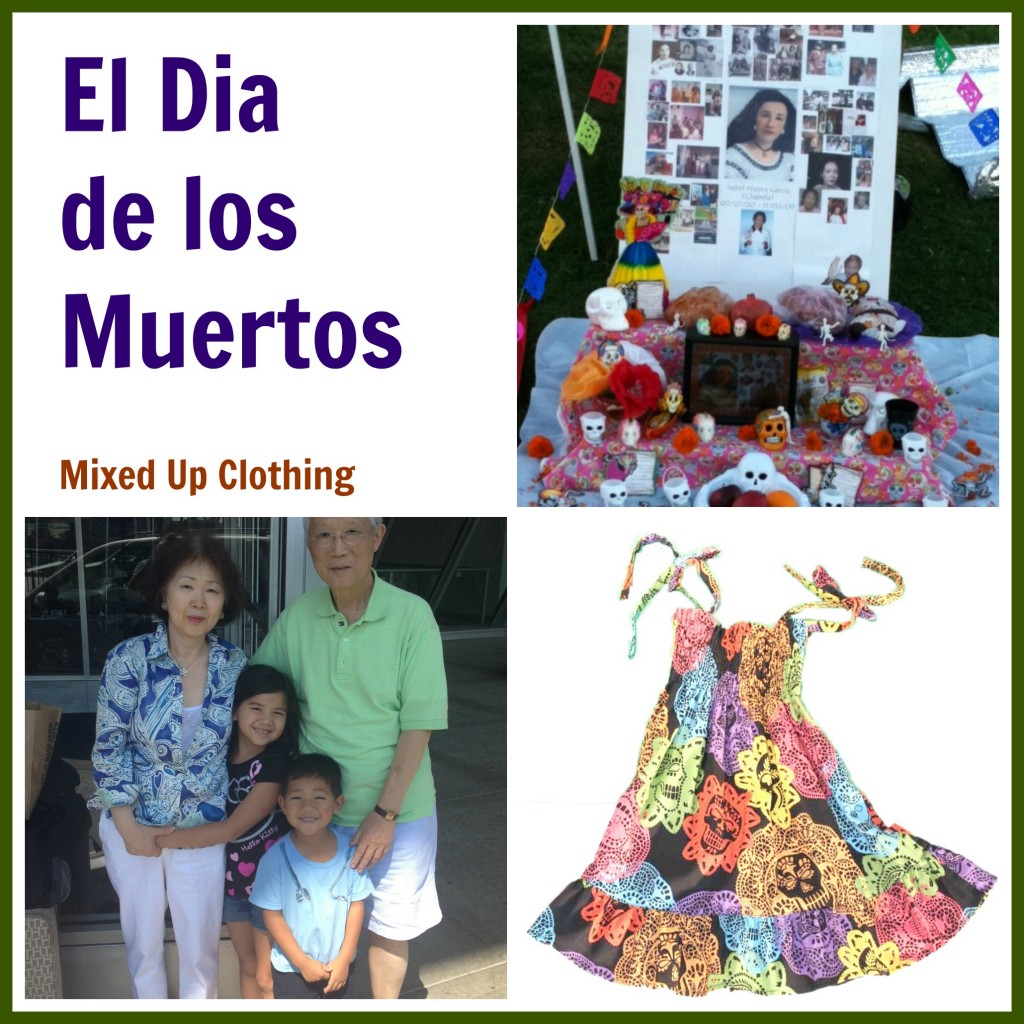 It has been just over a month since my children’s haraboji  (grandfather in Korean) passed away after a long battle with cancer.  His passing brought up the tough question that has plagued many parents: How do you talk to your kids about death? 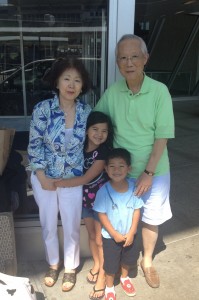 Death is one of the hardest subjects to broach with young children, especially when you’re struggling to deal with your own sorrow. My 8-year-old reacted one way and my 5-year-old another. One became clingy, while the other was his usual cheerfulness. Our daily routine had been interrupted as days and nights would be spent at the hospital visiting haraboji while extended family were staying with us. Each time they looked around, all the adults were sad. When haraboji passed away, visits to the hospital stopped, he was laid to rest and the family flew back to their respective homes. Now what?

We told our children that it is okay to still love haraboji even though he passed away. We shared with them that their love for haraboji was forever and that even though they won’t be able to touch or see haraboji any more, that it is okay to remember him, talk about him and even celebrate him. That’s when it hit me: Why not introduce and share with my kids the holiday I grew up with, El Dia de los Muertos (the Day of the Dead), as a way to help them cope with their loss. 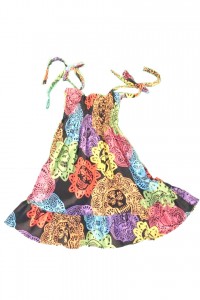 Day of the Dead dates back thousands of years when the Aztecs would honor a goddess that had passed away. Today, it is a day to celebrate, remember, honor and prepare special foods of those who have departed. On November 1, in Mexico and in parts of the U.S, cemeteries are filled with decorations of papel picado (colorful tissue or crepe paper garlands with intricate, festive designs), flowers, candy calaveras (skeletons and skulls), and ofrenda (“the offering”, a table or altar decorated to hold the offerings of food and drink for the weary spirit guests). We will wear our festive clothes like the ones I have in my collection, prepare pan de los muertos (bread of the dead) and invite family and friends over to remember our loved ones. We will use this holiday to remember the good times that they had with their haraboji. This day will be a celebration, a fun remembrance of those no longer with us. Some families even eat at the grave sites of their loved ones to show that they are still a part of their families.

It might sound somewhat morbid, but Dia de los Muertos is reacting to death with mourning intermixed with happiness and joy. There are songs, sayings, and poems that are popular on day of the dead. We will do a take on this and personalize it by writing our own poems, drawing pictures or coloring for haraboji. At the cemetery, we will play his favorite music and present what the children made in his honor. 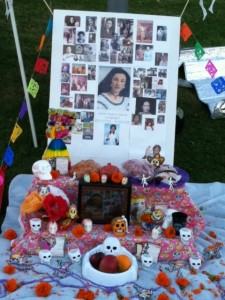 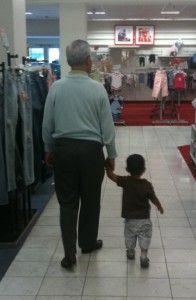 Sonia N. Kang was born in Puerto Rico to an African-American father, Mexican-American mother, raised in Hawaii before setting roots in California. She is founder and designer of Mixed Up Clothing, an ethnic-inspired children’s fashion line that celebrates global diversity. The textiles, fabrics, and embellishments from all over the world will inspire your mini global citizens. Mixed Up Clothing acknowledges, embraces and appreciates the beauty of today’s family. Join Sonia on her “Mixed Up Blog” as she shares stories of being a multicultural wife to her Korean-American husband, mom to 4 children, raising them to learn Korean and Spanish in addition to English, and a mom-preneur.

Sonia Smith-Kang is founder and designer at Mixed Up Clothing, a children's brand celebrating cultural diversity and inclusion. As a mixed race AfroLatina born on Puerto Rico, raised on O'ahu, Sonia uses her cultural heritage in everything she does. A multicultural advocate and expert, she has appeared on NPR, Today show, The Real, HuffPost, Medium and Latina Magazine. As a multiracial activist, she serves as president of Multiracial Americans of Southern California, a 501c3. Sonia calls L.A home with her Korean-American husband and their 4 children they call their mini global citizens.