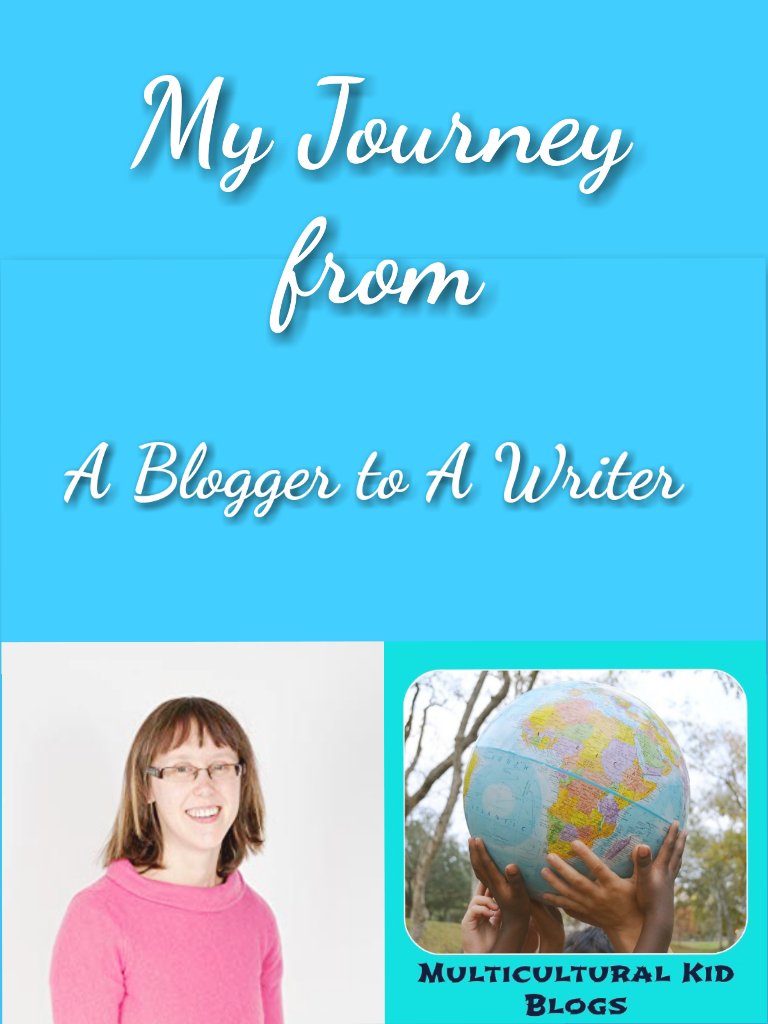 Multicultural Kid Blogs (MKB) has first been created with a handful of bloggers, including myself and Leanna. We worked hard, expanded our community, and we have seen some members come and go. One of those who stuck around and contributed a lot to making MKB what we are today is Olga Mecking, the European Mama, who recently made a dream come true – she transitioned from a blogger to a writer.

My personal blog had Olga as a guest writer and a contributor to series, such as in this article on giving birth abroad. I have worked closely with her on various projects, and I am always amazed at how quickly she comes up with the most amazing ideas and opportunities for herself and others.

Disclosure: This post contains affiliate links. If you click through and make a purchase, Multicultural Kid Blogs receives a small commission at no extra charge to you.

I recently interviewed Olga about her metamorphosis from blogger to writer and her book that was published not long ago. Please read the interview below and check out her book, One Chance in a Thousand: A Holocaust Memoir

Varya: Thank you for agreeing to share with us your journey. I know a lot about you but there are few questions I still like to ask you. So, question one: When did you first realize you wanted to be a writer?

Olga: It’s funny, I really didn’t. I read about many writers who wanted to do it since they were little. You know, the ones who say they’ve always wanted to be writers, they kept diaries and wrote short stories that were published in magazines. I knew I would somehow work in the language sector, preferably in an international environment but had no idea what it was going to be.

And then I met my husband. After various international relocations we moved to the Netherlands in 2009, when our eldest daughter was 6 weeks old. I was so lonely and isolated and felt I was supposed to do it all by myself. And then a woman called the police on me and I realized that I needed help.

So I reached out to a local parents’ group in Delft where we were living at the time and started a blog. With time I noticed I had ideas that didn’t fit my blog so I started reaching out to others. First it was fellow MKB bloggers, then with time, it was publications and magazines.

And then I thought oh, I’m a writer. Cool.

Varya: Yes, it is really cool! Your life has truly been your own inspiration.

Did you always know you wanted to be a writer? Was it like a dream come true or it just dawned on your one day?

Olga: I just woke up one day and thought: “I’m a writer.” But it also had to do with the fact that I was getting published in The Washington Post, and other prestigious magazines. [See more of Olga’s articles]. And that also helped me call myself a writer.

I actually have issues with labeling myself so it. So at first I wasn’t saying “I’m a blogger” but rather, “I have this little blog and I write about everything.” It took me so long to even refer to myself as a writer, first because I thought at that time bloggers weren’t real writers. And then I was doing more journalism-type work.

Varya: So it was like a change in your perception.

I can totally relate to labels. It is often so hard to describe what we really do and giving it a name assigns only a certain responsibility.

Olga: I feel it’s like having to ascribe to only one nationality or language and that annoys me.

Varya: Yes, multilingualism is a unification of terms to talk about someone who speaks and knows different language. But in other areas of life we don’t have such terms.

Olga: Except for multipotentialites – people who can do many things. Or don’t have one life’s purpose. I don’t like having to have a niche or a speciality. Instead, I’m interested in various topics and ideas and I’ve written about them too.

Varya: We are steering into such a great discussion that I really don’t want to change the subject, but I do have few more questions.

How did your journey as a multicultural blogger affect your decision to steer into the direction of being an author?

Olga: MKB was my first audience and the support the group gave me was incredible and that really boosted my confidence enough to start reaching out to editors at renowned publications. MKB was also where I realized that I was good at coming up with various ideas for other people’s blogs.

For example, I’ve written several blog posts for MKB and for Leanna at All Done Monkey, I did a story on how we’re not a religious family but decided to baptize our eldest daughter anyway since I knew Leanna had a series on religion and faith. Last but not least, MKB gave me a chance to try out new ideas (such as the newsletter, among other things) and I’m excited to join the editing team this coming year to learn even more.

Varya: I loved you being a guest blogger on my own site, and I was able to follow your blogging journey.

Getting back to your life abroad: do you think that your multicultural environment had an impact on who you are now as a writer?

Olga: The multicultural aspect is always something I come back to, whether it’s comparing motherhood and moving abroad, how different cultures approach parenting and writing about the various aspects of the cultures I’m a part of.

It’s funny, at the beginning, I thought I had to hide the fact that I’m not American because I was afraid my ideas wouldn’t be relatable or would be somehow “too weird.” And there was the fact that English wasn’t my first language. I thought, somehow, that disqualified me from writing for English-language magazines. Luckily, many editors hired me not despite my background but because of it.

Varya: I agree that it is hard to separate Multiculturalism from our lives anymore.

Please tell us about your books: what and who inspired you to write them, how you feel they would benefit your readers and anything else you feel is important to share with us today.

Olga: There are several books that I’ve either written, or otherwise contributed to. Maybe the most interesting one is One Chance in a Thousand: A Holocaust Memoir,

my grandfather’s Holocaust memoir which I translated into English. My husband is German and doesn’t speak Polish (although he understands more than he would admit) and it is very difficult to buy gifts for him. I knew he was interested in history and given that the book is only 30.000 words long, it didn’t take me long to translate it. He loved it and encouraged me to publish.

It’s a story many people don’t know about. My grandfather was one of the “Robinson Crusoe’s of Warsaw.” This description fits people who, after the destruction following the Warsaw Uprising of 1944, hid in the ruined houses of Warsaw to avoid being shot. In the book, my grandfather also describes how his first wife was killed by the Nazis. This gives me a little of survivor’s guilt because I realize that if she was still alive, I wouldn’t be here.

Varya: I am yet to read your book and as a grandchild of a holocaust survivor I feel it is important to understand the history, know it in order to learn from it, and to cherish the memories of those who fought so hard to create a better world for us.

What are your future plans? Do you think you will write more books?

Olga: I’m not very good at making any kinds of plans but there are several things I want to do. First of all, I’m working on turning my blog (now defunct) into a series of books, each one covering one or two of my blog’s topics: living abroad & travel, parenting, cooking, and writing & language. I’m also trying to focus on making a more regular income by mixing up my journalism work and book writing with content marketing.

As for new books, I think so. There is a new memoir in the works but I can’t say when it’s going to be published.

I also have a new book that just came out – The European Mama Essays and Stories from my European Home: Living Abroad and Traveling.

Varya: Thank you so much for taking time to answer my questions. I am sure MKB readers would love to get to know better you and others who are working “behind the scenes.”

Olga: Thank you for having me!