Welcome to Newton, MA, a fascinating city about seven miles west of Boston. I have lived here for more than twenty years — right over the Mass Pike in West Newton Hills. My husband and I also raised our three children here. Newton, MA is a liberal and wealthy small town. As it turns out, our neighborhood was also part of the Underground Railroad. 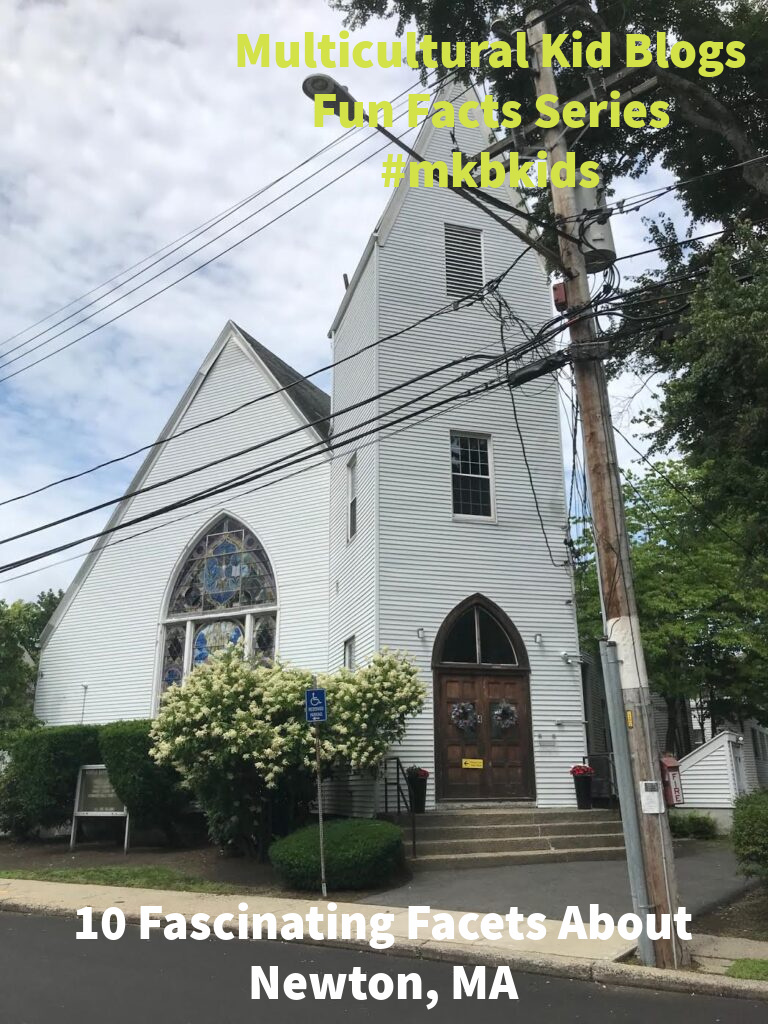 Settlers arrived in our area in 1630 as part of the Cambridge, Massachusetts settlement called “the new towne.” This resulted in Native Americans relocating to Natick in 1651. They were part of the Nonantum tribe, a subtribe of the Massachusett tribe. Their leader and chief minister of justice was Waban. Fourteen villages make up the city of Newton. Two villages, Nonantum and Waban, acknowledge the area’s original residents. 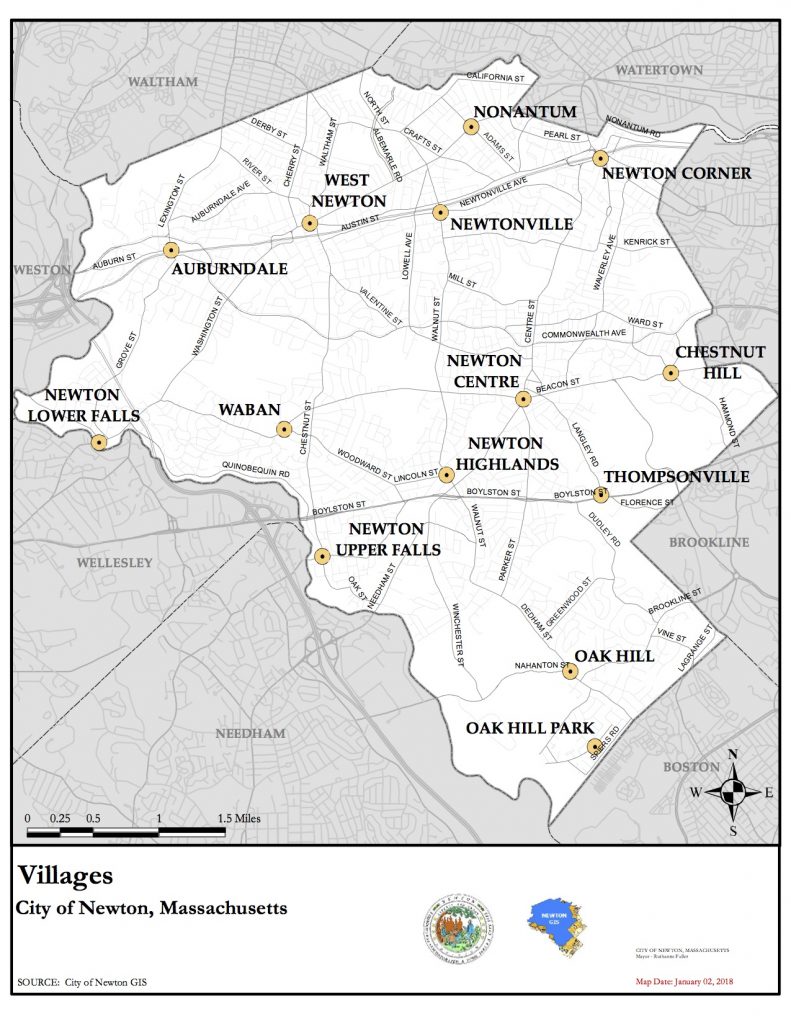 2. Newton is a diverse city.

Newton’s population is nearly 90,000, and it’s approximately 18 miles square. The median price of a home is $1.4 million. This will buy you about a 2200-square foot single-family dwelling. Plots are generally pretty small, but the streets are beautifully-lined with yards and trees. (We are called The Garden City, after all).

3. Newton was home to many abolitionists who fought against slavery.

Newton abolitionists were quite active. In fact, they helped enslaved people escape to freedom in Canada as part of the Underground Railroad system. One such stop, The Jackson Homestead, is now a local museum. America’s Library describes it this way:

If you were an escaped slave before the Civil War the best way to travel was along the Underground Railroad. This wasn’t a real railroad but a secret system located throughout the Northern states. The system helped escaped slaves from the South reach places of safety in the North or in Canada, often called the “Promised Land,” because U.S. slave laws could not be enforced there. The slaves often wore disguises and traveled in darkness on the “railroad.” Railway terms were used in the secret system: Routes were called “lines,” stopping places were called “stations,” and people who helped escaped slaves along the way were “conductors.” One of the most famous “conductors” on the Underground Railroad was Harriet Tubman (an “Amazing American”), a former slave who escaped from Maryland. 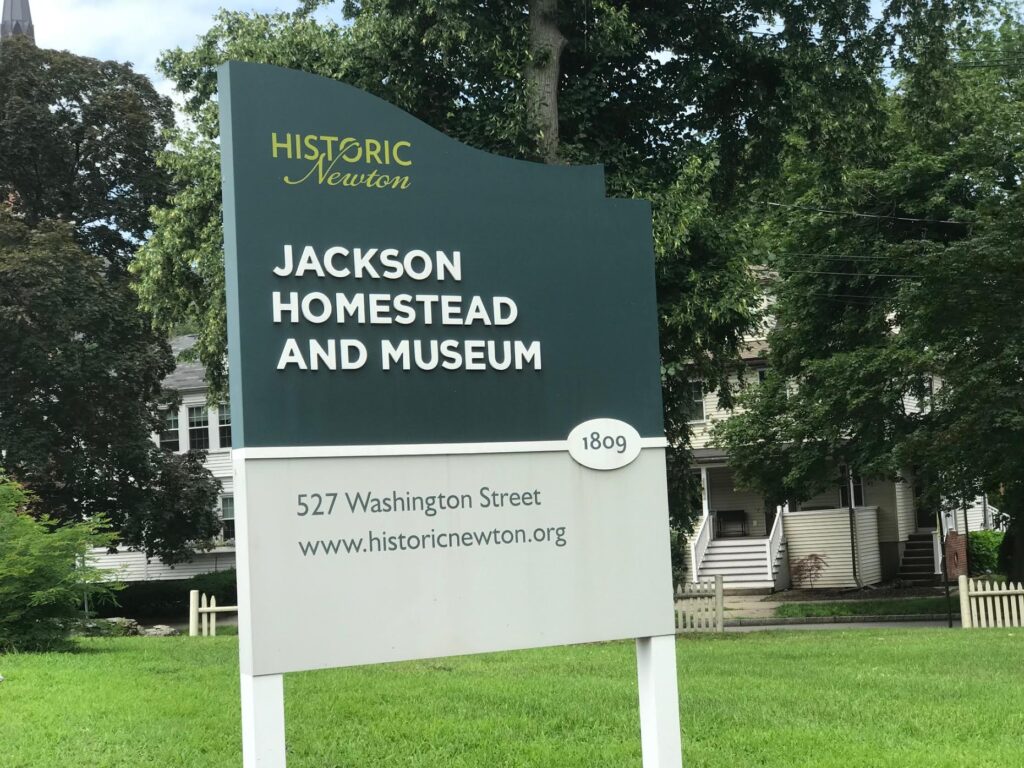 My kids studied enslavement in school. Then, their teachers encouraged us to discuss these important questions with them.

What dangers did enslaved people face on the Underground Railroad?

How did people help the enslaved people on the Underground Railroad?

Why were enslaved people willing to risk their lives to escape?

Why did people enslave others?

Are people being enslaved in the world today?

Click here for my blog post which includes enslavement book recommendations and my experiences as a mom to kids studying enslavement issues.

4. African Americans have been a part of Newton since the 19th century.

Blacks have been a part of Newton since the 1600s, according to Rev. Haywood. By 1873 there were approximately 130 black residents recorded living in Newton, according to the “History of the Church,” a book published by the congregation. Many were freed slaves and their descendants. These people found homes and work in West Newton [in the Hicks Street neighborhood]. from Wicked Local

… in all, “approximately 350 homes and businesses would be demolished. $4.5 million in property would be destroyed. One-third of the business in Newton Corner would be wiped out. The loss of property would cause an automatic $1 tax increase in Newton.”

This historically African American [Hicks Street] neighborhood was almost entirely eliminated by the Turnpike. Thirty-two homes were demolished, and black residents who were evicted had difficulty finding a new home in the city due to racial discrimination in the housing market…” from Newton Patch

Sadly, structural racism deeply affects Newton. Our police force offers a telling example. The force has a history of racially profiling African Americans, and our police chief recently “retired” because of it. This racial profiling also affects BIPOCs who want to move into Newton. Moreover, Newton’s police force is composed mostly of white men, which does not reflect the city’s diversity.

The Newton Public Schools have long enjoyed a reputation for excellence. This is particularly true at the high school level. However, it is widely known that Priyanka Chopra Jonas, who attended Newton North High School, had a poor experience due to bullying.

In Unfinished, Chopra Jonas explains that other teenage girls would yell insults like, “Brownie, go back to your country!” and “Go back on the elephant you came on” as she walked down the hall. The actress writes that she tried to ignore the bullies and sought refuge with a close group of friends. She even reached out to the guidance counselor for help, to no avail.

8. Newton is home to three universities.

Happily, higher education is alive and well in Newton. Boston College is the most well-known. However, Newton is also home to Lasell University and the University of Massachusetts Amherst – Mount Ida Campus.

The current situation represents several changes that happened over the years. First, the University of Massachusetts-Amherst bought Mount Ida. That purchase effectively ended an attempted merger between Mount Ida and Lasell College. Then, Lasell College became a university. Finally, Boston College took over Pine Manor College when it shuttered.

9. Many authors live, or have lived, in Newton.

Virginia Lee Burton is perhaps the most famous author from Newton. She wrote Mike Mulligan and His Steam Shovel and The Little House.

[These are affiliate links. If you click and purchase, Multicultural Kid Blogs will receive a small commission that will be used to maintain the site.]

However, Newton authors are also well-known for their works related to civil rights. Harriet Beecher Stowe wrote Uncle Tom’s Cabin. It was the 2nd best-selling book of the 19th century behind the Bible. And, Howard Zinn wrote extensively about the civil rights movement of the 1960’s.

Newton is home to many other adult and children’s book authors, including:

Historians have chronicled other interesting details about Newton’s past. Unfortunately, the European settlers created numerous problems for the Native Americans already living in the area.

As the Waban Area Council describes it:

Newton was settled in 1630 as part of “the newe towne”, which was renamed Cambridge in 1638. Roxbury minister John Eliot convinced the Native American people of Nonantum, a sub-tribe of the Massachusetts led by a sachem named Waban, to relocate to Natick in 1651, fearing that they would be exploited by colonists.

Waban was a Massachusett Indian from Musketaquid (Concord area). Amongst native people a strong orator is held in high regard. Clearly Waban would have been of the strongest to lead his people of conversion in the face of ill regard from Natives and Non-Natives alike. from

Here’s more from BC Law Library:

In 1646, Eliot decided to proselytize a Sagamore (lesser Indian chief) named Waban. Waban became the first American Indian convert to Christianity in Massachusetts and is also the namesake of the Newton village just down the road. Waban, meaning “The Wind” or “The Spirit,” was the son-in-law of the Sachem (higher chief) at Musketaquid, near today’s Concord. After his conversion, Waban established a new settlement which he called Nonantum (another Newton village), meaning “Place of Rejoicing.” Here, both Waban and Eliot continued their missionary work. Later, motivated by distrust towards Native people and hunger for more land, local Puritans pressured the population of Nonantum to move 15 miles southwest to Natick.

And here’s a bit more on Waban:

Waban maintained friendly relations with the white settlers of Massachusetts and even warned them of unrest among the Wampanoags, a local tribe. This turbulence later culminated in King Philip’s War, the largest Indian-colonist conflict in Massachusetts history. Despite the goodwill gesture, Waban was accused of being a conspirator and was imprisoned on Deer Island, along with his entire community. Ironically, Waban was also denounced as a traitor by King Philip and his army for his loyalty to the English. Waban and his followers were eventually released, but when they returned to their home in Natick, much of their property was destroyed and their possessions gone.
Waban spent the remaining years of his life in peace. He reestablished Natick as a “Praying Town” and continued to serve as a leader and counselor until his death in 1684 at the age of 80. He was survived by his wife and several sons.”

In summary, Newton is a great place to live and raise a family. With its large diverse population and liberal leanings, you might think racism is not embedded into the fabric of the city. But, it is. Clearly, it’s up to all of us to dig deep into our communities to expose structural racism and address it.

Celebrating and Learning about Juneteenth with Young Kids

How to Become and Antiracist Parent