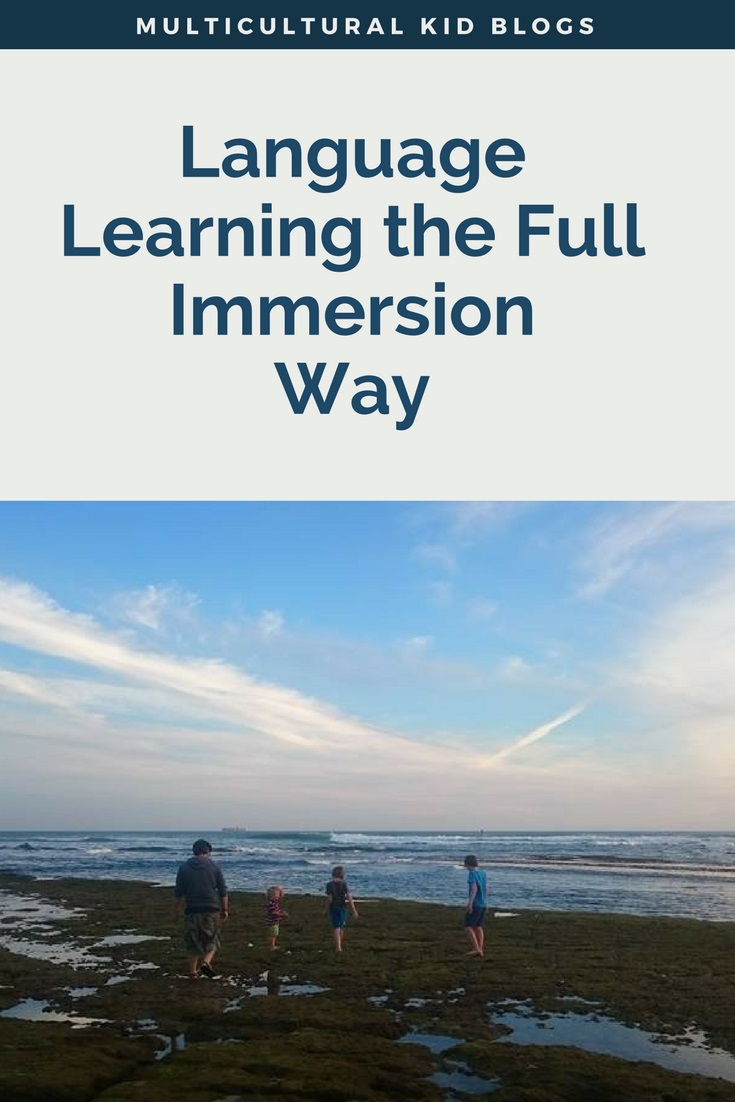 Our three children were all born in English speaking countries: two in North Wales and our youngest in the Republic of Ireland.

I set out on the adventure of motherhood with the full intention of raising my children in at least two, if not three languages.

My eldest son could count to ten in English, French and Dutch by the time he was two years old. He also had a basic vocabulary and understanding of all three of these languages. A year later he started play school and there he learned Welsh, the oldest living language in Western Europe still in use today.

So far so good and I was silently patting myself on the back as I stocked up on children’s books in all of the languages, determined to keep it up.

Then along came my second son and things became more challenging from the language teaching point of view. I was tired. I was struggling to recover from the emergency c-section and looking back I probably had a dose of post natal depression.

By the time my eldest was four years old, I had settled on two languages (English and Welsh) which I thought was plenty; sure I had taught him some basics of the other languages, and I was hoping he would remember those later on in life. 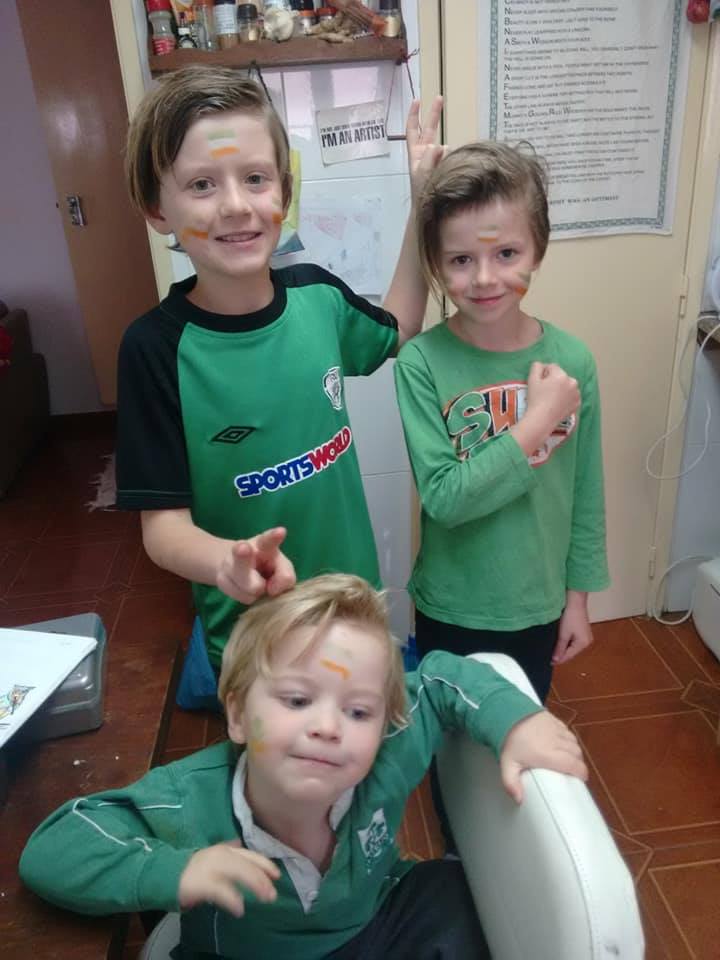 Then came the move to Ireland and before I knew it the only language we spoke, listened to, read or heard was English, with a little bit of (compulsory) Irish thrown in.

My other half is Portuguese, I am fluent in seven languages (born to an Irish mother and a Dutch father), and raised in the Netherlands, Ireland and France. I learned French through the full immersion experience: a tiny village school where absolutely no one spoke anything but French, including the teacher. I taught myself German and Spanish, learned Welsh living in North Wales and finally Portuguese (when I met my partner, as I simply have to be able to communicate), and yet we were unable to pass this on to our (by now) three children.

We tried learning through apps, songs, books and family holidays but we soon realized this was not enough. We could not find the discipline to speak anything but English at home. My partner had been living and working in English speaking countries for close to a decade when we met. He only spoke Portuguese when on the phone or on FaceTime with his parents. His parents would switch to English to speak with me and/or the children as they wanted to practice their English. As time went by and the children grew older, it became clear that in order for them to become bilingual we had to consider a bold move.

And so, in April of 2016 we made the permanent move to Portugal from the Republic of Ireland. Our aim: for the boys (and myself) to learn Portuguese ‘properly’. 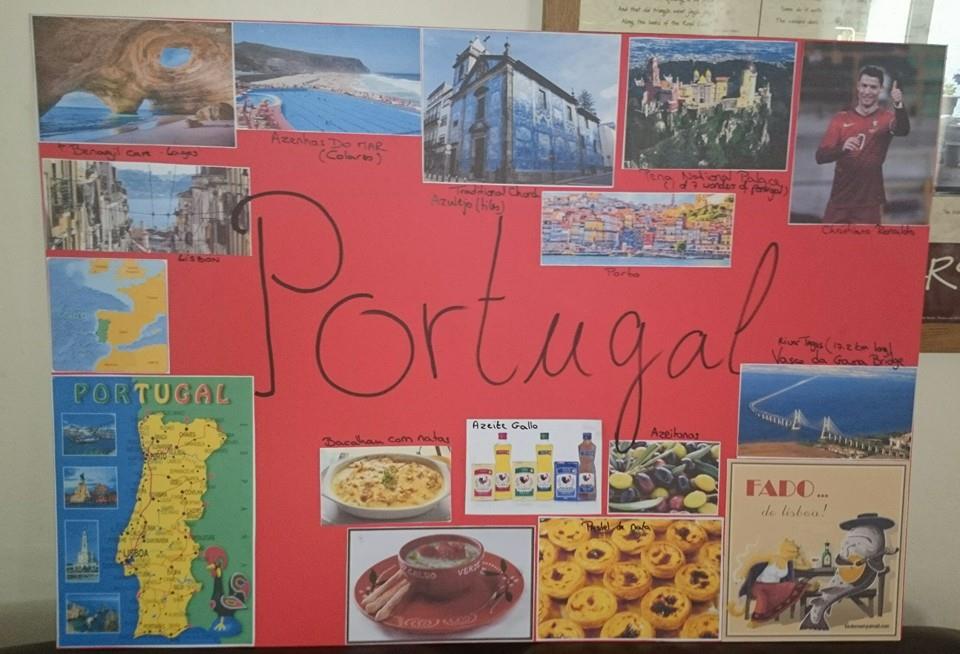 The boys enrolled into a Steiner school and within weeks they had some basic grasp of the language and by the end of the first term they were close to speaking it fluently. Complete with copied slang, accents and body language! 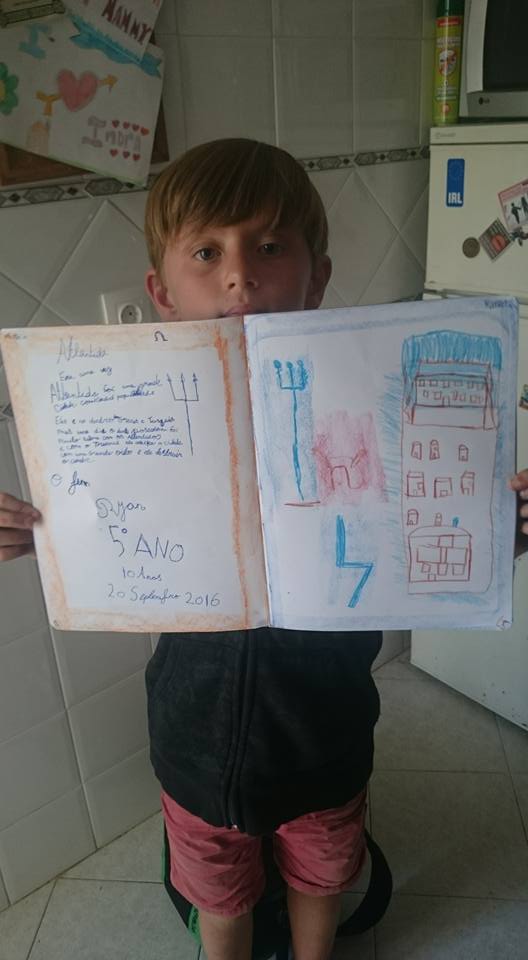 Then came the Christmas holidays and when they went back to school it looked and felt like we were back at square one. Both had forgotten most of what they had learned. Us continuing to speak English at home didn’t help with that, but then again I was now operating from the viewpoint that I didn’t want them to lose their English.

I had started writing my autobiography at the time and reflection brought back a lot of memories as to how I myself had learned my ‘other’ languages through full immersion.

I realized that it is perfectly normal to ‘forget’ chunks when not exposed to the new language for a longer period of time. It comes flooding back as soon as you are immersed again. It is also perfectly normal to suddenly make mistakes in your mother tongue. Your brain needs a little time to re-program and adjust to new words. The last things you learned in the first language (mainly grammar) gets pushed away for a while.

The biggest challenge I found was frustration. You need to be frustrated in order to push yourself to learn the language. At the same time frustration is a very stressful emotion to deal with, especially for a pre-teen who is also entering puberty at the same time. Frustration can lead to feeling ‘stupid’ or even ‘useless’ and create homesickness for the country you just left behind. And then suddenly it clicks. You automatically turn the radio on in the car. Without realizing it you are hearing the words and understanding them. You are queuing in the supermarket and find yourself smiling as you overhear the toddler temper tantrum behind you. You no longer automatically read everything around you in your mother tongue, but your brain registers it in the new language.

These all sound like small things but they are a huge boost to your confidence. And with that, the frustration goes away and the new-found confidence means you start up conversations with your neighbours, or with the other parents at the school gates.

Next comes the final step before fluency: no-longer considering the language as ‘foreign,’ forgetting that your friends and family (who don’t live in the same country as you) don’t know the cultural quirks, the little expressions, or the popular songs. People now greet you as a ‘local.’ We have arrived at this stage, sixteen months after moving to Portugal. I have recently started translating Portuguese texts into my other languages, the boys switch effortlessly from one language to the other, at times even pronouncing English words with a Portuguese ‘twang’ (when in the company of Portuguese children).

We have now adopted the following ‘rules’: we speak English at home and Portuguese outside of the house. Any media (TV/Cartoons/Spotify) is also 50/50, with the largest chunk of the English language cartoons being for the benefit of our three year old. We visit playgrounds and go to meet-ups organized for and by Portuguese families. We have also met a lot of expat families. Although it is nice to compare notes and meet with other families who have moved and are integrating into Portuguese society, we did not move to Portugal to speak English.

Don’t get me wrong, the first few times being the only non-Portuguese mother at a large gathering was daunting. But you have to push yourself to get anywhere and learning a new language and culture is a slow, frustrating and at times scary process for the adult and children alike. It has been an interesting sixteen months so far and most definitely an unforgettable experience for all of us, even if we have all experienced it differently!

Preparing Your Child to Learn a New Language at School