The United Arab Emirates or UAE, as it is commonly known, is a country in the Middle East. Dubai is its most popular ’emirate,’ but in all, UAE is made up of seven emirates. The term emirate comes from its rulers who are ’emirs.’ The country is united as one, and going from one emirate to the other is simply like visiting another city.

I’m an expat in the UAE, and have, in fact, spent more of my life in my birth country of India. UAE is very cosmopolitan and tolerant of different cultures and religions. Even so, Islam is the main religion followed in the UAE, and locals expect that expats and visitors will respect the Islamic culture.

Growing up in the UAE has given me the rich experience of getting to know people from countries around the world, and understanding their cultures. Even if you only visit this country for a short time, you will see the diversity everywhere. Eid is celebrated by everyone with good cheer along side Christmas and Diwali. 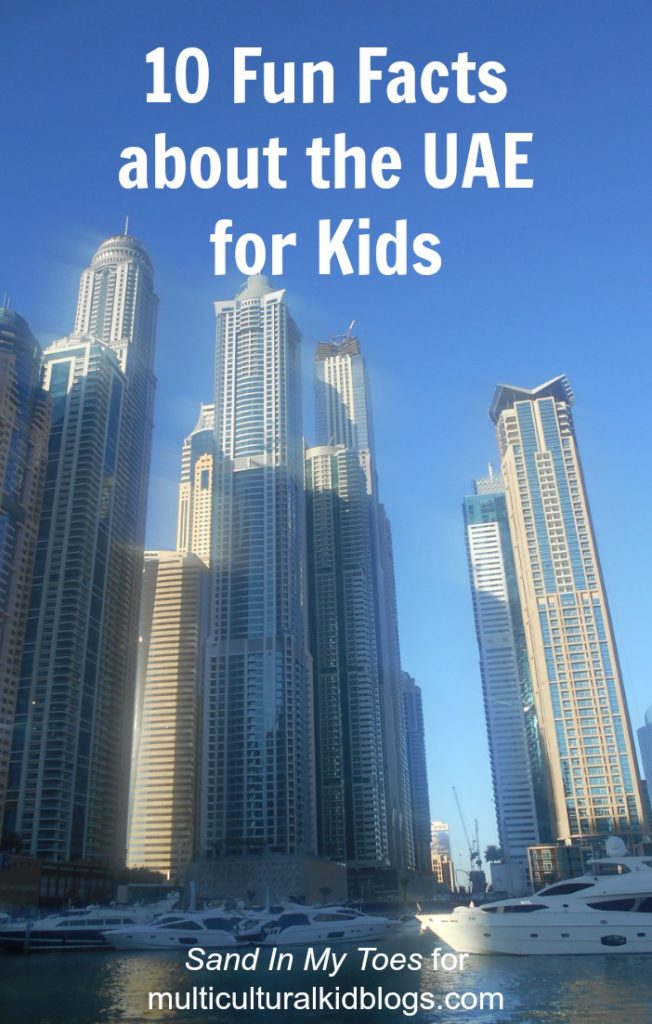 10 Facts About the United Arab Emirates:

1. No mention of the UAE is complete without talking about the tallest building in the world—the Burj Khalifa. It stands over 828 meters, with more than 160 stories. That’s about three Eiffel Towers standing atop each other! It takes more than 36 workers three months to clean its glass facade. The job is not for the faint of heart. This video shows the complicated process.

2. By some estimates, expats make up more than 80% of the population in the UAE. The rest are local Emiratis. There are approximately 200 nationalities in the UAE, so there are many opportunities for people to mingle, even though cultural differences exist. 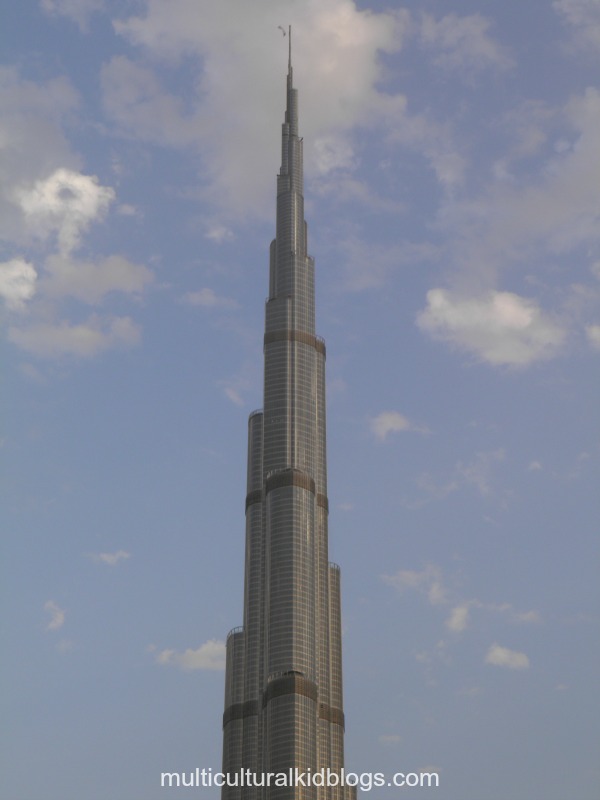 3. The week starts on Sunday! While most of you are still cozy in their beds on Sunday mornings, kids in the UAE have to go to school and their parents head off to work. But don’t worry, they get two days off in a week—Friday and Saturday. Most Middle Eastern countries follow this pattern because Friday is a special day for afternoon prayers in Islam, and this pattern enables Muslims to fulfill this duty. Furthermore, in Ramadan (the month during which Muslims fast from sunrise to sunset), schools and offices close earlier than usual as a respite to those fasting, and to ensure they’re home in time for breaking the fast.

4. Anything is possible in Dubai, even a real dinosaur fossil in the heart of a mall! The Dubai Dino is a 155-million-year-old fossil of the Diplodocus Longus is permanently on display at Dubai Mall. In fact, it is one of the few fossils in the world with almost all original bones intact.

5. The Dubai Metro is an efficient and reliable form of public transport the UAE. The Metro is always on time and is very well maintained. But did you know that the metro in Dubai doesn’t have any drivers? An accurate electronic system automates all trains.

6. One of the most fascinating architectural achievements in UAE are the man-made islands in Dubai. The Palm Jumeirah is so big, it’s like a mini city with many hotels, homes, and even a monorail. You have to see it to believe it! The island is in the form of a Palm Tree with the branches (or fronds) spreading out. The other two notable man-made islands are the World Islands (an ongoing project), made to look like the world map and the island on which the beautiful Burj Al Arab hotel stands.

7. Since UAE has high temperatures for 7 to 8 months of the year, it only follows that many of its best attractions are indoors and air conditioned. Take Ferrari World, the only theme park that exists with their branding. The theme park includes the world’s fastest roller coaster, although the park does not allow kids to ride on it. There is also Ski Dubai, with its skiing slopes complete with ski lifts—all indoors.

Real snow covers this place, even housing it’s resident penguins as a part of a conservation program. Recently, IMG Worlds opened its doors and is pegged as the largest indoor theme park in the world, spread over 1.5 million square feet. There are many more indoor attractions including the Dubai World Trade Center, Motiongate, The Lost Chambers aquarium, and Butterfly Garden.

8. Dubai Police is probably one of the most stylish forces in the world, with a range of supercars at their disposal. The police do not use these cars for high-speed chases (the crime rates are very low in Dubai), but just to patrol heritage sites and tourist-friendly areas. They have 14 in all, including the exotic Bugatti, Ferrari, and Lamborghini. The fastest is the Veyron, which can go up to a staggering 253 mph (407 km/h). Here’s a video of their supercar parade:

9. The UAE isn’t just about being the biggest and best, it is also about making a better tomorrow. With this vision, Masdar City, the world’s most sustainable eco-city is being built in Abu Dhabi since 2008. When complete, it will have 40,000 residents with wind and solar energy as the main sources of power. To read more about this project, check out their website.

10. Falcons are very special birds in the UAE. They hold a place of pride in the country’s history, helping local Bedouins hunt in the desert. It’s part of the emblem and appears on the currency. Falconry, the art of keeping and training falcons is very much alive in the UAE. The locals treasure their falcons so much, that they require a passport for leaving the country! There’s even a Falcon Hospital in Abu Dhabi, which examines and treats over 11,000 falcons a year.

For a virtual tour of the United Arab Emirates, check out the Dubai 360 website.

You can also read the children’s book called Sand Into Cities, which is about the history and heritage of United Arab Emirates.

Around Pakistan in Ten Fun Facts

Welcome to the third annual Middle Eastern and North African Heritage Month series from Multicultural Kid Blogs! Follow along all month long for great resources on teaching children about the heritage of this region, and link up your own posts below. Don’t miss our series from last year and from 2015!

Tarana is a mom of two boys living in sunny Dubai. Her blog, Sand In My Toes, is about her parenting adventures, life as an expat, and craft and activity ideas for kids.