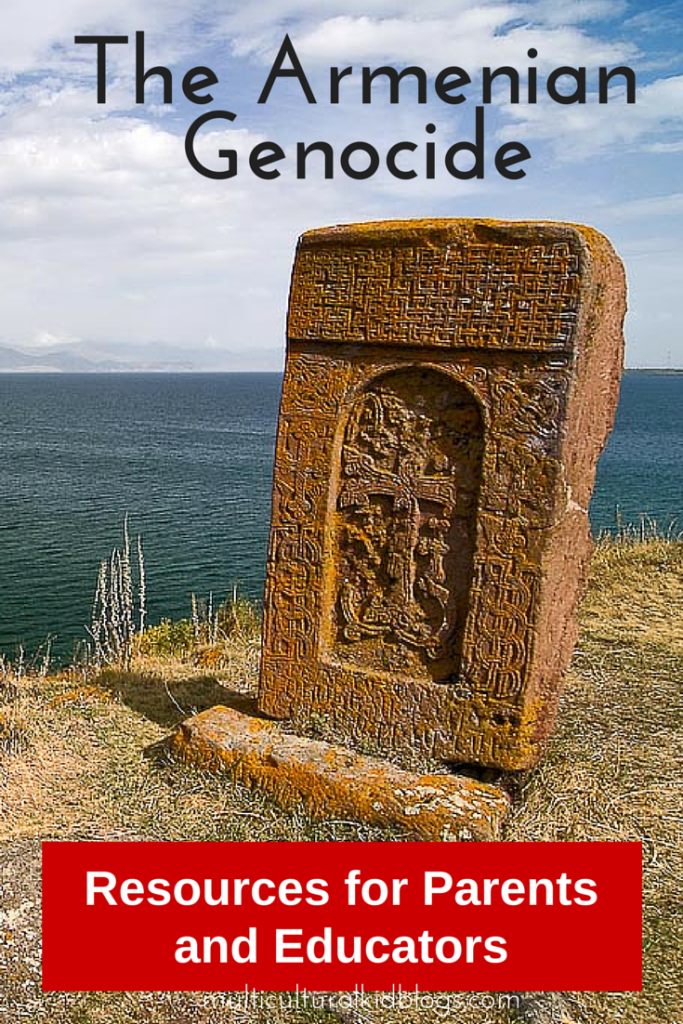 This April marks the 100th anniversary of the Armenian genocide which historians cite as beginning April 24th, 1915. Many people are unaware of this historical event that has, in many ways, been swept under the rug. Over two million Armenians lived in the Ottoman Empire at the time of the event, and afterwards under 400,000 remained. Ataturk, the Ottoman leader, orchestrated the eradication of the Armenian people as a means of putting down elements of the empire that might be less than loyal. The massacre happened in the midst of WWI and involved the forced deportation, torture, and mass murder of more than a million people.

This event was brutal, systemic, and an attempted eradication of an entire ethnic group. Just as with other historical events, it is our responsibility to learn and teach about events such as this so that atrocities like this don’t happen again. I first became aware of, and subsequently interested in, the history of the Armenian people after a chance encounter meeting a family of Armenian-Iraqi refugees in the small Midwestern US community in which we lived. Truthfully, I had little idea about Armenia before this time. I’m so grateful that they shared their story, history, and traditions with us!

To commemorate and remember this event we’ve interviewed Lucine Kasbarian to provide more information and resources to share with adults and children.

What are some other books or websites that parents and teachers can use to introduce Armenia to children?

My book, “Armenia: A Rugged Land, an Enduring People” is an introduction to the history and culture of Armenia and is suited for readers ages 8 and up. For educators there is also a lesson guide available to use.
“The Greedy Sparrow” is also another book I’ve written that shares an Armenian folk tale in an illustrated form.
Other children’s books recommended;

For background information on Armenian Independence in both 1918 and 1991, visit:

For older readers and adults who want to learn more, the following books are a few places to start:

Do you have some links or names of recipes that might be good for kids to “taste” a bit of Armenia?
I highly recommend the website, TheArmenianKitchen.com, which features recipes, anecdotes, cooking videos and more. The following link is to a few stories about special meals prepared for Easter. It includes information on our unique tradition of naturally dying Easter eggs by boiling them with red onion skins. A fringe benefit is that the oniony flavor seeps into the eggs in a very tasty way. Armenians dye their eggs red to signify the blood of Jesus Christ.
Recipes for Easter 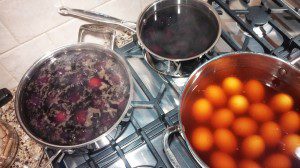 Image: Armenian Foodie
Naturally coloring Easter eggs with onion skins from Armenian Foodie
Are there special holidays or crafts that are special to Armenians?
In keeping with the Easter theme, one example is the “egg competitions” in which Armenians engage on Easter Sunday. Below is how one commenter on TheArmenianKitchen describes it.
(After the eggs are cracked, Armenians whip them up into a dish called “Tirit” which is a form of egg salad. Many families take the cracked shells and plant them into the earth to bury Jesus’ blood and thus continue the cycle of life.)
From Koharig
May 15, 2013 at 6:11 AM

“Armenian tradition also includes the “fighting” of Easter eggs. One person holds the egg in their hand as if making a fist with only the top of the egg above their fingers. The other individual holds an egg using their thumb and first two fingers. This person then taps, or smashes or anything in between, their egg onto the exposed part of the first person’s egg. One of the egg shells will crack…I have never experienced both eggs cracking. The person with the cracked egg turns their egg over to expose the uncracked end in order to be hit again. Traditionally, who ever had the egg with the uncracked side was given the egg that had two cracked ends that they had defeated. This continues with everyone and all eggs, until only one egg that has at least one uncracked end remains. The person with this egg is considered the winner and who will have luck throughout the next year.No self respecting Armenian would eat an Easter egg without “playing” it first. Of course there are much shenanigans going on. Selecting a strong egg is serious work. Some individuals tap the egg on their front teeth, sure that they could tell it’s strength that way. Others have theories on the shape of the egg determining strength. Others have attempted to sneak in fake wooden or marble eggs in an attempt to fool their competitors. There are many techniques in hitting the eggs, some cheat and hit the egg at an angle instead of straight down. Those with the egg being hit sometimes loosen their grip so the egg slips down and cannot be hit. I’m sure that there are as many techniques as there are Armenians playing.

Inviting odars, non Armenians, over to fight eggs always brings a quizzical look. They usually expect eggs to be thrown at one another and are pleasantly suprised to find that they are not going to have “egg on their face”. Easter egg fighting however is NOT the way to find out that you boiled one batch of eggs twice and didn’t boil the other batch. Imagine everyone’s surprise at my table one year when the egg fighting began…some with dyed, but raw, eggs.

Because of egg fighting, an over abundance of eggs have to be dyed, so that people have many opportunities to compete….so be prepared for lots of egg salad and deviled eggs in the days to follow.”

I hope you’ve learned a little more about the history and culture of the Armenian people in this post and welcome any additional insight and information you may have.

Lucine – thank you for taking the time to answer and provide these resources to others who would like to know more.