Thailand celebrates three New Years: The Gregorian, The Chinese, and Songkran (or Thai New Year). When it comes to the first two New Years, I want nothing more than to sleep through the celebrations -or I would if I wasn’t systematically woken up by the crowds lighting rockets and dime-store fireworks, playing Russian roulette with their fingers’ future. But Songkran is different and no matter where I live, I want to celebrate this Thai Buddhist holiday.

Songkran is often billed as Thailand’s water festival but that is a grossly inadequate description; it’s like calling Easter the egg holiday. Perhaps coloured eggs and baskets laden with chocolate bunnies are plastered everywhere for weeks on end but that isn’t the reason for the holiday. Same goes for water pistols and Songkran. That said, I recommend you buy waterproof pouches for phones and wallets as you will get SOAKED!

Our kids post-bucket of ice water pored over their heads while our open-truck hotel transfer was stopped at a red light: 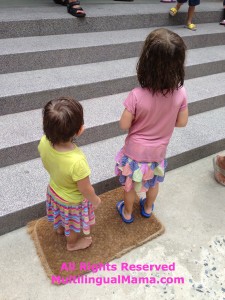 The word Songkran is derived from a Sanskrit word meaning moving/changing and refers to the sun moving to a new constellation. So this actually happens 12 times a year. In Thailand’s case, the “Grand Songkran” is when the sun moves from Aries into Taurus and is considered the solar new year and a time for renewal. Unlike Easter whose date varies from year to year, the holiday is now pegged to April 13-15 which definitely simplifies planning to enjoy or avoid, as many do.

The origins of Songkran are about cleansing and renewal. Many of the rituals involve water. Here’s what we’ve learned so far. This list is not exhaustive:

One final bit of Songkran Lore: It wouldn’t be spring/Easter time without a good corpse story. There is a legend associated with this holiday. It’s about a god who made a bet with a young – some say arrogant boy – and lost. The price for losing was cutting off his head. The problem is that the head, being a god’s head and all, had some mighty powers. If it touched the ground, the earth would catch fire. On that same apocalyptic note, if left in the air — and I haven’t figured out how that happens — no rain would fall. Songkran also marks the end of the dry season and concerns around lack of water are apparent in this legend as should it drop into the sea, the oceans would dry up.

Conveniently the god had seven daughters – one for each day of the week – who take care of holding their father’s head.  Depending on which day Songkran falls, the appropriate daughter has to bring the head down and parade it through the streets. And here is our parade element coupled with beauty pageants to pick a woman to represent the daughter.

I love the traditional values of cleansing and respect found in Songkran, and we will continue to celebrate this with our children, though I plan on leaving out the god-head story for the time being. Of course, “water-wars” do happen and, as you saw from an earlier picture, many have a take no prisoner approach to who they target so it is best to be prepared. 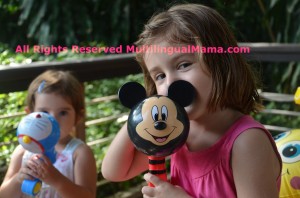 Here’s one from the archive of my two banshees with their Mickey Mouse and Doraemon water pistols. Don’t let the cute cartoon characters lull you into a false sense of security. They are the Meridas of the water pistol world!

Author’s note: One of my babes was ill this year, limiting my photo-taking abilities. I’ve created a Songkran Pinterest board with some classic Songkran scenes described above. 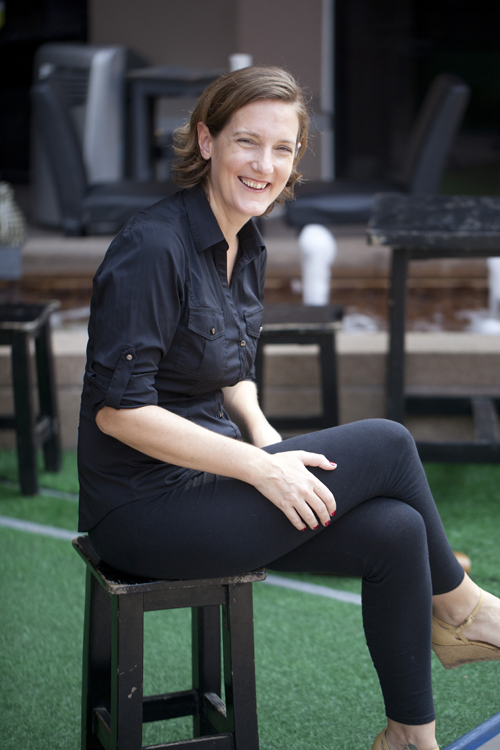 Born in New York back when subway graffiti was rife, Cordelia Newlin de Rojas mostly spends her time pondering, parenting, and writing. Franco-American, she spent her summers in the Loire indulging in heart-arresting foods. An eclectic background ranging from Japanese art and postal history to environmental social innovations and rigging dinghies has taken her to England, Turkey, Singapore and now Thailand, where she resides with her Mexican husband and their two daughters. She is attempting to raise and homeschool trilingual kids in Spanish, French and English with some Thai thrown in. She can also be found blogging at multilingualmama.com.

Cordelia is the voice behind Multilingual Mama, where she chronicles her parenting adventures in raising her two global girls abroad. She currently resides in Kuala Lumpur, Malaysia where she homeschools her children while battling toxic haze and wielding a can of mosquito spray as Brienne of Tarth does her sword. She is a regular contributor to Happy Go KL, Blunt Moms, Mamalode, and InCultureParent.