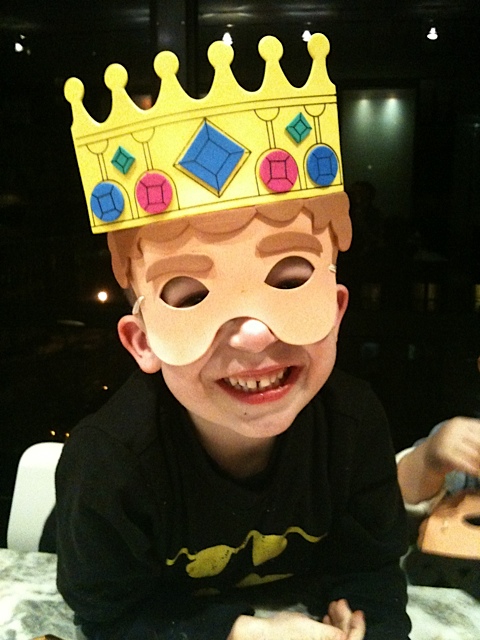 On Sunday, March 16, Jewish people around the world will celebrate the holiday of Purim. At the root of the holiday is a celebration of the deliverance of the Jewish people from imminent destruction in the wake of a plot by the infamous Haman (and his now equally infamous triangular-shaped hat). In fact, the holiday gets its name from “pur” – or the lot – Haman threatened to cast over the Jews before he was thwarted in the end.

The story of Purim

The hero of the Purim story is a strong woman named Esther who was brought to Ahasuerus, the Persian king, to become his queen. While Esther was at the palace, Haman became angry at Esther’s Uncle Mordecai simply because he refused to bow down to him.

In an act of spite, Haman plotted to destroy all of the Jewish people in the land, and went to the king to ask that he not tolerate a “certain people scattered abroad and dispersed among the people in all the provinces of your realm” who he said “followed laws that were different from other people and did not observe the king’s laws.”Upon hearing this, the king granted Haman permission to do as he wanted with the Jewish people in the land, and Haman, in turn, began to plot to get rid of them.

When Mordecai learned of Haman’s intentions, he sought out the much-needed help of his niece, Esther, who took the daring act of going to the king – without being summoned – and told him of Haman’s plot against her people. After hearing of Haman’s plans, the king stopped him and, in turn, saved the Jewish people of ancient Persia.

A celebration of Esther’s heroic act

Purim is a holiday for Jewish people to not dwell on what could have happened, but instead, celebrate the end result. That’s why, for me, of all of the Jewish holidays, Purim is about having fun, feeling joyous, and spreading cheer.

These days, for people of all ages, Purim is a costume party, carnival and food feast all rolled into one. And, that’s exactly why so many families look forward to it each year.

As I child, I couldn’t wait for the holiday to come around each spring. As a parent, it means even more to me as I’ve gotten to see the joy its traditions have brought to my children’s faces over the years. And, it’s why Purim has always been one of my favorite Jewish holidays – and continues to earn that distinction for me even now as a parent. 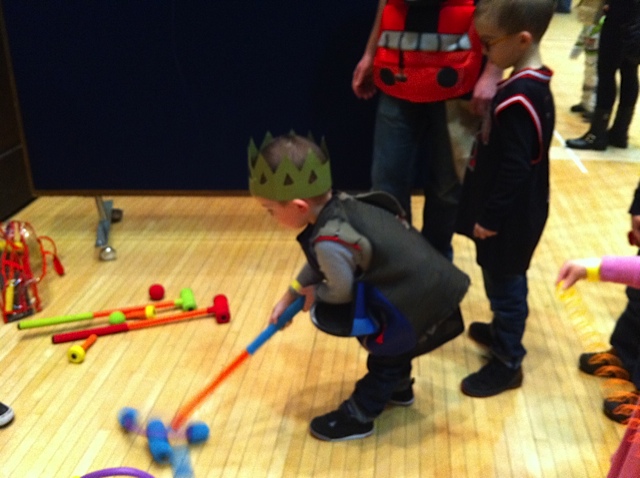 Here are the 5 reasons why Purim is my favorite Jewish holiday:

It’s always easy for me to recall the Purim songs I used to sing as a child – and the ones my children learned during their preschool classes. When you hear each one, it’s hard not to smile, to dance and, of course, to join in and sing along.

In 2011, the popular Jewish a cappella group, the Maccabeats, released its joyous Purim Song. 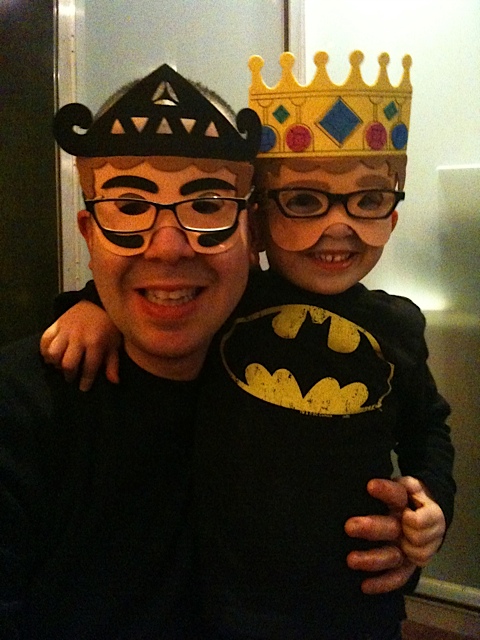 2. Costumes worn during services – and shouting is allowed, too.

On Purim, Jewish people come together in synagogue to hear the reading of the Megillah, the Purim story.  But, it’s not like any other service. People attend in costume, dressing as characters from the Purim story, modern-day superheroes, or anything else their hearts desire. For my children, it’s the perfect excuse to don their favorite costume once again.

During the service, it’s customary for people to shake their noisemakers, or groggers, whenever Haman’s name is mentioned during the story. It’s a way for everyone to come together to show their celebration of Esther’s brave efforts to undo Haman’s plan.

A modern-day tale of a young girl’s efforts to choose a new Purim costume is told in the book, The Purim Costume by Penninah Schram.

3. Carnivals packed with games and prizes.

Often, the Megillah reading is followed by a Purim carnival packed with holiday-themed games. Children love to try their hand at throwing hamantaschen-shaped beanbagsin buckets (a la “Bozo Buckets”), a crown toss to try to land plastic “crowns” on Esther’s head, or a race through a masking-tape maze to try to be the first one to get to Ahasuerus’ palace, among many other fun games.

Most carnivals also offer arts and craft activities for children, which may include making their own greggors, coloring Purim-themed pictures, or decorating cookies. Fittingly, children can also enjoy getting their faces painted, their hair “dyed,” or other fun activities that allow them to further embellish their costumers for the day. 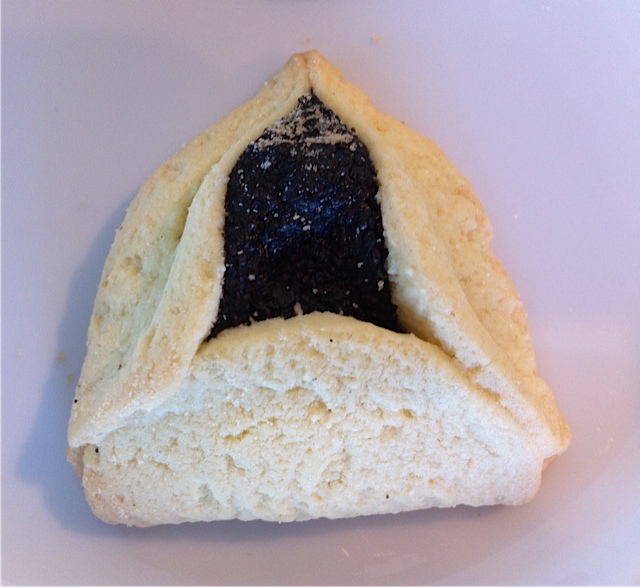 4. Hamantaschen enjoyed in so many delicious flavors.

All holidays are closely tied to food, and Purim is no exception. For the holiday, families love to eat hamantaschen, triangular-shaped cookies that take their shape from the three corners of Haman’s hat. The cookies are typically filled with fruit jam, cheese or poppy seeds, but you also can find them filled with, or dipped in, chocolate.

Kveller.com offers a recipe for you to try your hand at making the cookies at home. In Chicago, I like to visit the original Zelda’s Sweet Shoppe in suburban Skokie, Ill. You also can purchase hamantaschen and other Purim-themed sweet treats from Zelda’s online. 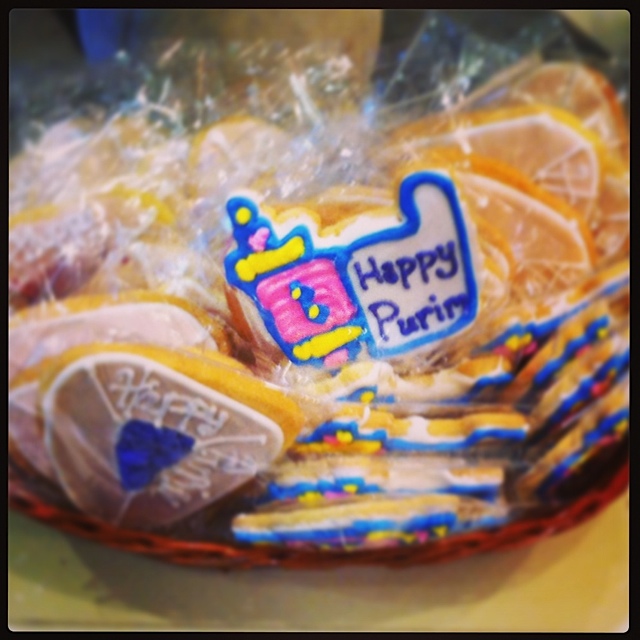 For Purim, it’s also customary to send mischloach manot, or baskets filled with food and drinks, to other families. According to Jewish law, each basket should include at least two different kinds of ready-to-eat foods. People also come together to enjoy a holiday meal called the Purim se’udah (or meal), which of course, includes lots of hamantaschen for dessert.

5. A strong female heroine celebrated by all.

It is nothing short of refreshing to hear a tale that celebrates a female heroine – even in this day and age. As a child, I aspired to be like Esther – someone who took action to save others – and always wanted to dress up as the queen for Purim. Today, I am thrilled to share that same female-centric story with my two boys.

Esther is indeed a woman that others can and should look up to, and I’m glad that she is at the center of one of most festive and cherished Jewish holiday celebrations.

While my children are no longer enrolled in a Jewish preschool, we continue to mark the holiday by celebrating and acknowledging each of the five things that have made Purim a special holiday for me. And, hopefully, in doing so, it will help my children also learn to appreciate and enjoy Purim for many years to come.

Do you celebrate Purim? If so, how do you plan to celebrate it with your family this year? Is it one of your favorite Jewish holidays, too? Please share your thoughts, memories and experiences in the comments below.

Aimee Thompson lives with her husband and two young sons in Chicago. She chronicles her family’s efforts to learn more about the people, places and cultures of the world on her blog, Raising World Citizens (www.RaisingWorldCitizens.com). Join with Aimee as she uncovers new places, resources, activities and events to enjoy with her family in Chicago and around the world.